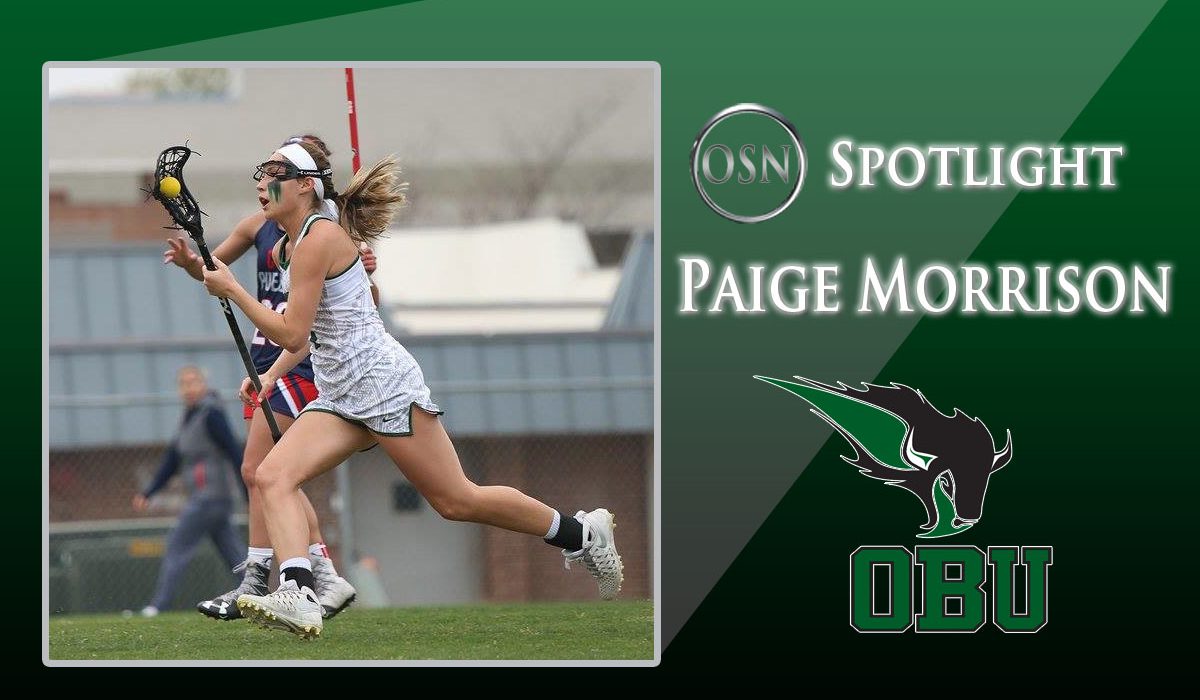 • “Growing up I played basketball, volleyball, and ran track. I started lacrosse in middle school and stuck with it ever since.”

• Favorite sports moment-personal: “Personally, my favorite sports moment was this past season when we played Adams State. The week before, I sprained my ankle pretty bad and had to be carried off the field. I was on crutches for three days that week and unsure if I was going to be able to play. Thanks to my trainers, I was able to come back and play that entire game, it was one of the best games I’ve had in my career and on top of it, it was our first D-II win and my 22nd birthday!”

• Favorite sports moment-overall: “Overall, my favorite sports moment was my sophomore season of college lacrosse. We were playing in the snow (it was a legit blizzard) against Missouri Baptist. We were down by one point in regulation and literally had five seconds left on the clock, I took a shot from midfield and the ball went in sending us into overtime and then us winning the game during the OT period. As a team, we played amazing. Everything clicked and it was by far one of the greatest moments I’ll forever remember.”

• What do you like most about OBU? “As as senior in high school, I debated where I was going to go to college and if I was even going to play lacrosse. As cliche as it sounds, when I visited OBU I knew this was where God was calling me to be. What I like most about this university is that the people here (my advisors, trainers, the coaches, faculty, etc.) care about your well-being. Of course the most important thing is getting an education, but I believe that most of the people that have had an influence in my life at this university care more about then just the grades you’re getting in class. They care about what you’re going to take from being here and really help you grow as an individual.”

• Who do you most look up to? “I look up to my Mom and Dad. They’re two of the most hard-working people I know and they support absolutely everything that I do and push me to be my best always. They’ve been my biggest fans on and off the field since day one and I owe everything to them.”

• Goals: “To be the absolute best version of myself possible and to always do what I love and love I do.”