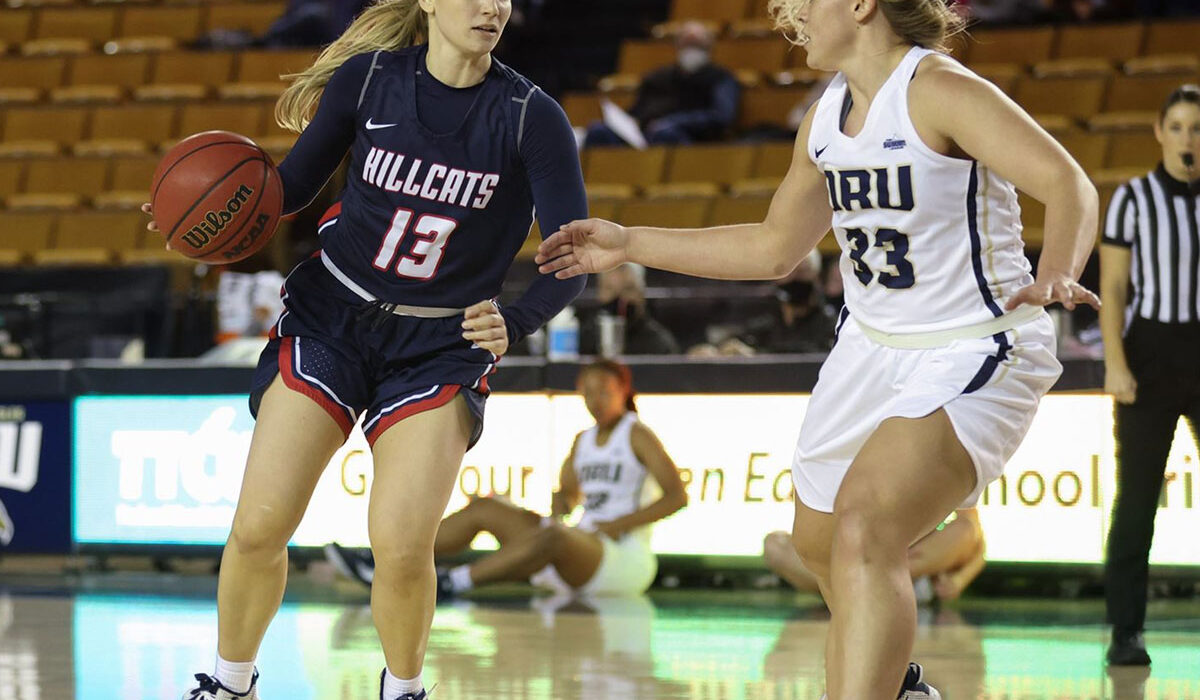 The Golden Eagles came out firing with a 13-0 run to begin the second. The Hillcats were able to bring the game within two-points, after Christian hit a deep three-pointer at the 5:01 mark. The two teams continued to battle for the remainder of the half, but the Golden Eagles would extend the lead to nine points late in the quarter. At the break, the Hillcats trailed the Golden Eagles 43-34.

Garner led the way in scoring for the Hillcats in the first half with 13 points, after going 3-for-4 from behind the arc and 5-for-6 from the field. Christian was second in scoring for the Hillcats with 12 points, after going a perfect 2-for-2 from behind the arch and 5-for-6 from the field.

Sophomore Bailey Kliewer got the scoring going for the Hillcats to begin the third quarter with a pair of free-throws. The Hillcats brought the game within one, after junior Julie Luna weaved through Golden Eagle defenders and hit a driving lay-up in traffic. However, the Golden Eagles were able to hold off the Hillcats and extend the lead again, heading to the final quarter with a 53-44 advantage.

Rogers State was unable to get within one possession in the fourth quarter, as the Golden Eagles would earn their largest lead the game of 12 points late in the game.

The Golden Eagles out-rebounded the Hillcats 50-36 and finished with 19 second-chance points to just four from the Hillcats.

Christian scored a career-high 19 points, shooting 7-for-11 from the field and 3-for-4 from the three-point line. Christian added three rebounds and a steal.

Garner tied a career-high 19 points, shooting 7-for-14 from the field and 5-for-10 from the three-point line. She also recorded a rebound, a block, and a steal.

Kliewer finished the game with eight points, shooting a perfect 4-for-4 from the free-throw line. Kliever pulled down eight rebounds, and added one assist and one block.

Luna finished the game with five points, shooting 2-for-4 from the field. She added two assists and a rebound.

Rogers State continues its three-game road trip with a visit to Nebraska to take on Nebraska-Kearney. The Hillcats will tip off with the Lopers at 5:30 p.m. inside the Health and Sports Center on December 18.