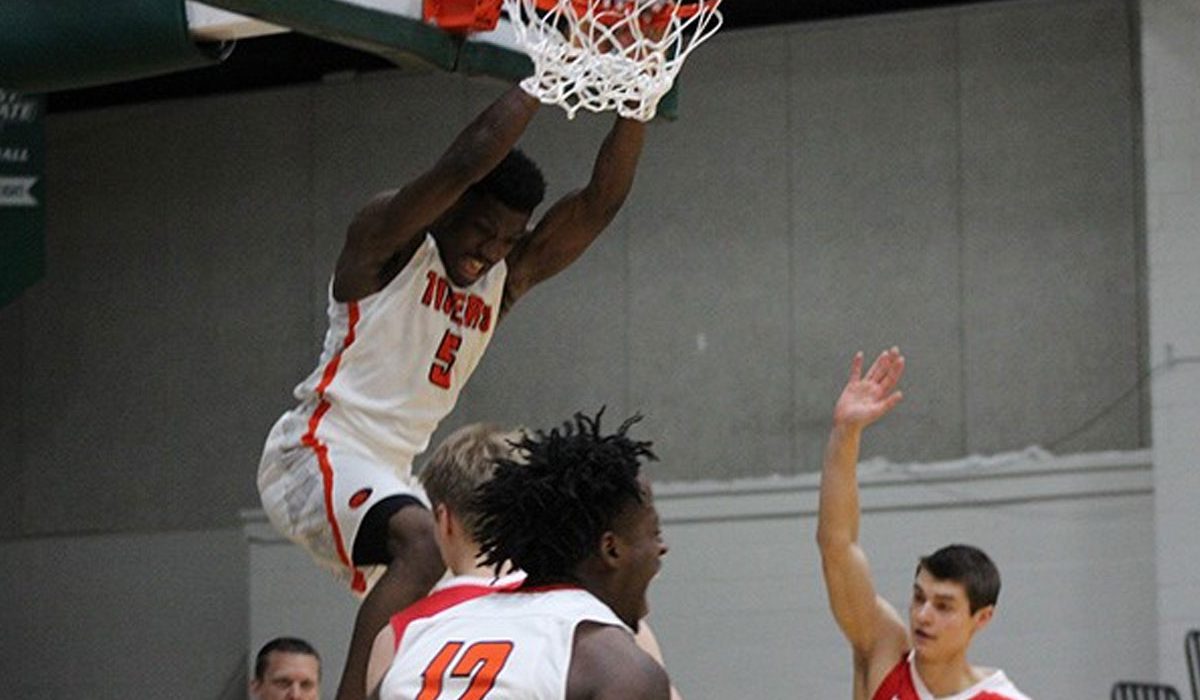 MARYVILLE, MO. – In their its first NCAA Central Regional Tournament game in school history, the No. 3 East Central University men’s basketball team went into overtime but pushed past No. 6 Minnesota State Moorhead, 115-106, to advance to the NCAA Central Region Semifinals.

The final member of the team in double digits was junior Brett Cannon, with 15 points and six assists. It was a true all-around effort for the Tigers, with all nine players who say action recording at least one point and rebound and seven of the nine with an assist.

The teams traded triples in the opening minute, but the Dragons (24-6) then pushed ahead and had the lead out to 10 (7-17) in the first five minutes of play. That is when ECU buckled down and over the next six minutes used a 20-9 run to take its first lead of the game (27-26).

The teams then kept things tight for a few minutes and traded runs in the final five minutes of the stanza, with Moorhead earning a 43-41 advantage at the break.

Things remained close through the first eight minutes of the second half before the Tigers used a 10-0 run over the next three minutes to gain a 74-63 advantage. The Dragons never gave up and used several small runs through the remaining time to close the game and eventually tie the game at 92, with 49 seconds left.

Moorhead’s final push came in the final 2:30, where they outscored ECU 4-2. The Dragons had the final possession of the game, but missed on a shot inside the lane to force overtime.

The extra session started like the first, with the teams trading triples. However, that is when the Tigers took control for good, using a 7-0 run over the next two minutes to lead 102-95. ECU never let up and had the lead out to as many as 11 and never allowed the Dragons to get closer than eight the rest of the game on the way to the 115-106 victory.

It was the first overtime game of the season for ECU and it marked the third time this season that the Tigers have tallied over 100 points.

The victory was not only a historic mark for ECU, but gave the Great American Conference its first win at an NCAA Regional in men’s basketball since March 16, 2013 (Harding defeated Central Missouri 75-71).

The Tigers continued their strong shooting in the post season, hitting 56.6 percent of their overall shots and 48.1 of those beyond the arc. Overall shooting became the key to the victory for ECU, as made 43 overall shots to 38 by Moorhead. The teams were also close in three-pointers (13-12) and free throws (16-18).

ECU will now await the winner of No. 2 Southwest Minnesota State and No. 7 Arkansas Tech for the semifinal, Sunday, March 12 at 5 p.m. at Bearcat Arena.