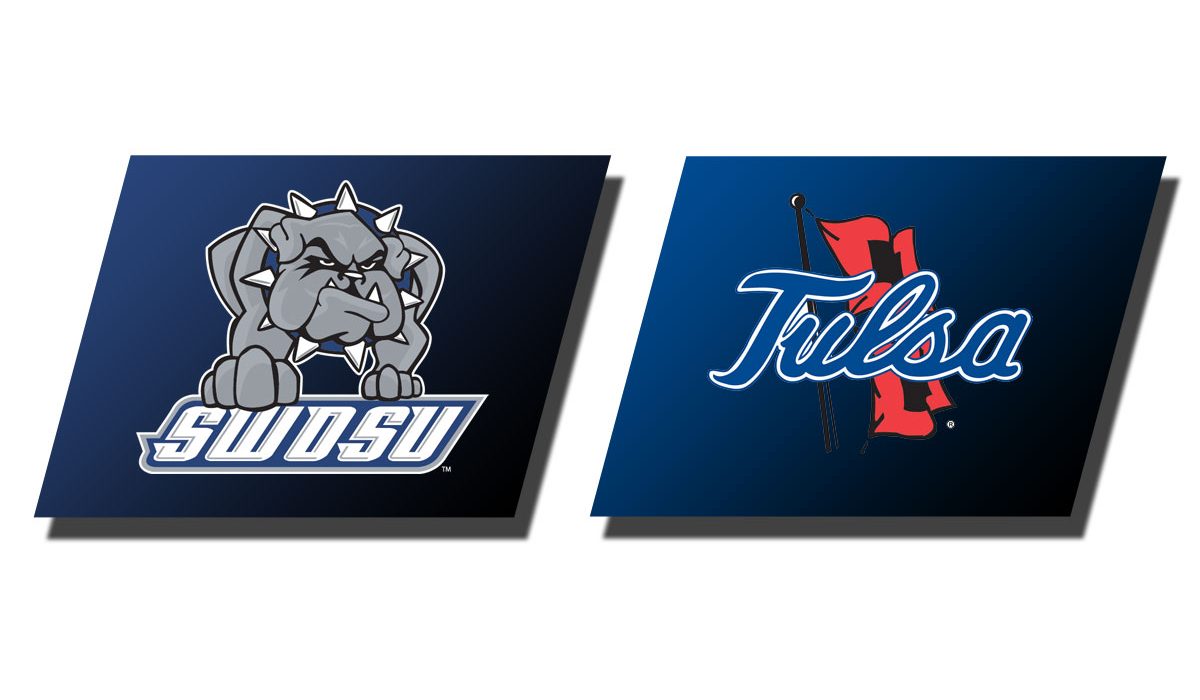 TULSA – SWOSU outscored Tulsa 19-12 in the fourth quarter and defeated the Golden Hurricane, 76-73, on Wednesday evening at the Reynolds Center in Tulsa despite leading for just 49 seconds.

The Lady Bulldogs hit just 34.4 percent (11-of-32) of their field goals in the first half and trailed by as many seven points midway through the second quarter, but a late flurry by SWOSU tied the game at 38-38 on a free throw by Taylor Hedrick with less than 30 second to play in the half. Tulsa hit a three-pointer in their final possession to lead 41-38 at the break.

Earlier in the second half, Tulsa fell behind by as many as 13 before closing strong and getting within four at the end of the period. Tulsa pushed their lead back up to eight points in the fourth quarter and they would maintain the advantage until Bethany Franks knocked down a three-pointer with 48 seconds to go, giving her team a 73-71 lead, their first of the night.

SWOSU got a defensive stop and two free throws from Lauren Ramey to push the lead to four, and Taber Beer made 1-of-2 free throws with 6.6 seconds, giving the Lady Dawgs a three-point lead in the closing seconds. Tulsa’s final three-point attempt was off target, sending SWOSU to their first exhibition victory over an NCAA Division I opponent.

Tyra Aska led the Lady Dawgs, playing all 40 minutes and scoring 19 points with nine rebounds, four steals and two assists while freshman Makyra Tramble contributed 16 points and five rebounds in 23 minutes of action off the bench. All nine players who saw the floor scored at least four points for the Lady Bulldogs, who hit 11 three-point field goals on the night to offset shooting just 34.8% from the field.

SWOSU opens the 2019-20 regular season on November 8-9 at the GAC / MIAA Crossover in Pittsburg, Kan., taking on Washburn and Pittsburg State.