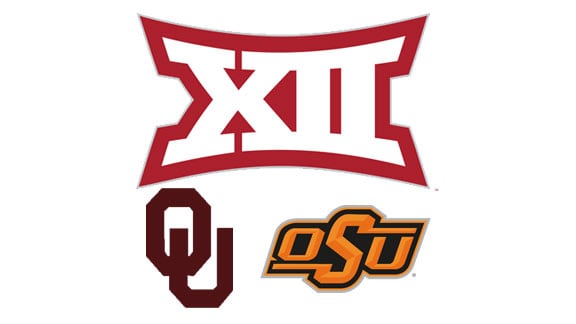 The Sooners and the Cowboys were picked third and fourth, respectively, by the media in the 2015 Big 12 preseason football poll.

Not surprisingly, both were behind the teams that shared the conference title in 2014. TCU was the favorite and Baylor was second in the rankings.

TCU will led this year by Heisman hopeful Trevone Boykin and the Horned Frogs are a pick of many national publications to play in the College Football Playoff championship. TCU picked up 32 of 42 first-place votes in the poll.

Baylor has a new QB this season in Seth Russell and the junior is getting national attention of late as well. The Bears grabbed the other 10 first-place votes.

Oklahoma was last year’s preseason favorite and started the year 4-0 before going 4-5 to close the season and finished tied for fourth in the league.

Trevor Knight is making the trip to Dallas as one of the player representatives for the Sooners at this year’s Big 12 Media Days on Tuesday. And although there have been reports of shoulder issues for Baker Mayfield, he and Knight will still be fighting for the starting spot quarterback in Norman this year.

OSU suffered a five-game losing streak in the middle of the last year and finished seventh in the conference. The Cowboys’ signal calling spot has been settled though already, as Mason Rudolph will be the starting quarterback in Stillwater in the fall.