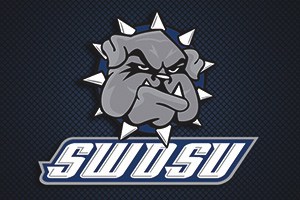 WEATHERFORD – The reigning NCAA Division II National Champions in both Men’s and Women’s Basketball will visit the Pioneer Cellular Event Center during the non-conference portion of the 2016-17 season. SWOSU Basketball Coach’s Bob Battisti and Kelsi Musick have both released their schedules for the upcoming season, which are highlighted by premiere early-season action.

Battisti’s team will open the season against Augustana on Friday, November 11 as part of the SWOSU Classic. Augustana finished last season 34-2 after defeating Lincoln Memorial 90-81 to win the National Championship in March and the Vikings will enter next season on a 15-game winning streak. On the second day of the Classic, the Bulldogs will face Washburn. Another challenging non-conference game takes the Bulldogs to Warrensburg, Missouri on November 26 to face Central Missouri, the 2014 NCAA Division II National Champions.

SWOSU will then play three non-conference games in December, hosting Cameron and Randall while visiting Panhandle State. The Bulldogs will also play a double round-robin schedule against the 11 members of the Great American Conference to conclude the 28-game regular season schedule.

“To get our team ready for the grinding schedule of the Great American Conference, we have to also test our team in non-conference play,” Battisti said. “We will have a young and inexperienced group of guys this season, but I know our players will accept the challenge and be ready to engage it.

Musick will take her Lady Bulldogs on the road for the first five games of the 2016-17 season before returning to the Pioneer Cellular Event Center on December 1 for the home opener against Arkansas-Monticello. SWOSU’s first four non-conference games are away from home before Lubbock Christian comes to town on December 10. LCU is coming off a perfect 35-0 record and their first NCAA Division II National Championship in 2015-16, their first full season as an NCAA institution.

SWOSU concludes non-conference play on January 2 against Science and Arts (Okla.) before entering the final stretch of GAC play in January and February. The Lady Bulldogs open the season on November 12-13 at the GAC / MIAA Crossover, where they will face Emporia State and Missouri Southern in Emporia, Kansas. Other non-conference games take SWOSU to face in-state rivals Northeastern State (Nov. 26) and Oklahoma Christian (Dec. 8).

“We have never hidden our desire to play tough teams in our non-conference schedule,” Musick said. “To become the best, you have to test yourself against the best and we will be certainly do that again this season. I look forward to the challenge and watching our team grow up together this year.”