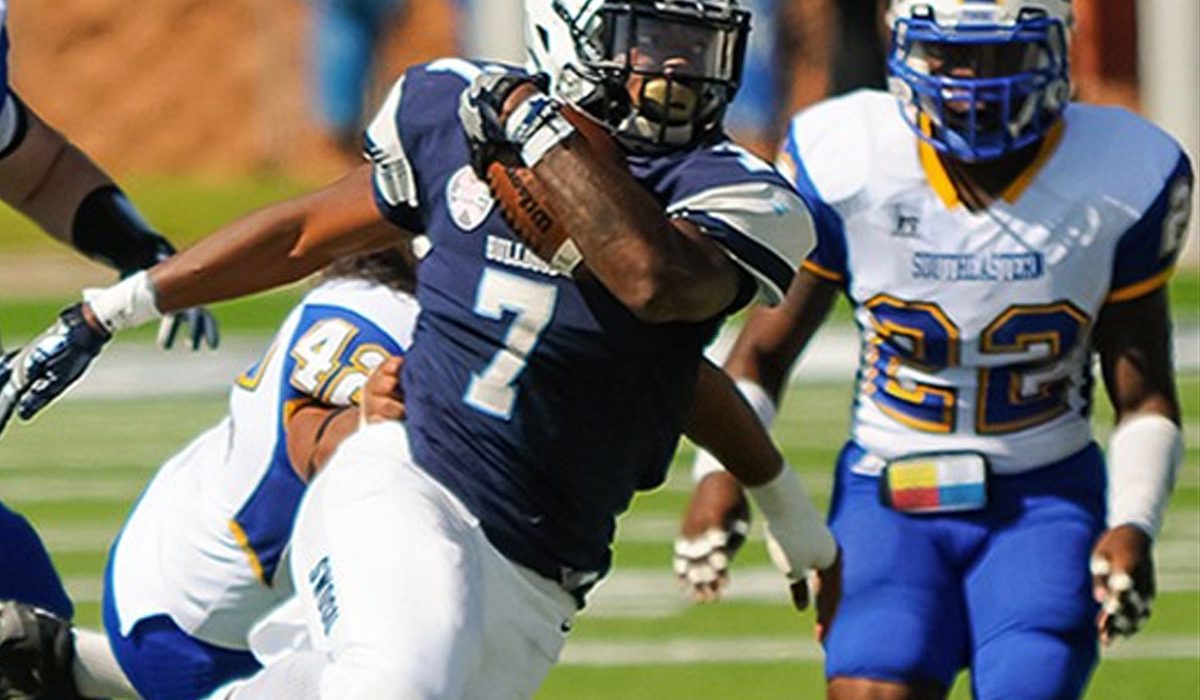 It’s not long until the camps start for the 2017 season. Here are some of the players that may have an impact this fall.

Tyler Bess, Langston, DL, Sr.
Bess led the team in sacks and was second in tackles for loss last year. The Lions need this strong senior to have big games against the tough opponents again this year to keep the CSFL title hopes alive.

D’Angelo Brewer, Tulsa, RB, Sr.
Brewer was a 1,000-yard rusher last season and one of the only returning players from last season’s historically strong offense. The senior is ninth on the all-time TU rushing list and has had nine 100-yard games. He will be key to Tulsa’s quest to have another 10-win season.

Camnik Campbell, East Central, LB, Sr.
Campbell reads the field well and can get to play quickly. The senior could be instrumental in helping lead the Tigers’ defense back to being a dominating force. He led the Tigers and was second in the GAC with 125 tackles last year.

C.B. Cantwell, Southeastern, QB, Sr.
Southeastern loses two 1,000-yard rushers and the school’s all-time leading receiver following the 2016 season, and the weight will be upon Cantwell’s shoulders to continue the momentum that he and the offense picked up as the season went along. Cantwell was third in the GAC in passing efficiency last year and at the top of the league with a 66.3 completion percentage.

Karltrell Henderson, Southwestern, RB, Sr.
Henderson may not have to split as much time in 2017, and if so could be a 1,000-yard back. He racked up 881 yards and 17 TDs on the ground last year, while also grabbing 22 receptions. Whichever QB comes out of the race to lead the Bulldogs will have a solid running game to build upon.

Caleb Kelly, Oklahoma, LB, So.
Kelly definitely found his stride as his freshman season went on. He had four tackles in the his first five games as a Sooner and 32 in the final six of 2016, including 12 and a TFL in the win over Auburn.

Demarius Lavender, Southeastern, DL, Sr.
Lavender spends a lot of time in the opponents’ backfields, getting there quickly and forcing offenses to adjust to his presence.

Isaiah Mallory, Oklahoma Baptist, RB, Jr.
Mallory became the next 1,000-yard rusher for the Bison with 1,145 yards on the ground in 2016. He also did it with power, averaging 5.1 yards per carry.

Dinomic McKinzy, Northeastern State, QB, Jr.
McKinzy burst onto the scene in the second game of the season last year, tossing five touchdowns with no interceptions in the RiverHawks rallying win over Lindenwood. His solid frame helps him also as he can carry the ball well, also – a real dual threat.

Jacob Peyton, Northwestern, RB, So.
The freshman hit his stride at the midpoint of his debut season for the Rangers and recorded three straight 100-yard games. Peyton led the team in rushing and rushing touchdowns last year and is a strong runner up the middle, tough to bring down and looking to pick up where he left.

Jakob Popple, Oklahoma Panhandle, OL, Sr.
The Aggies’ offensive and defensive lines are loaded this season and Popple is among those leading the way. The senior was an all-conference performer last year and has started every game for the past two seasons.

Jaelon Rainey, Bacone, LB, So.
Led the team in tackles as a freshman, while ranking second in sacks and third in tackles for loss. Rainey was one of only two freshmen on the All-CSFL First Team.

Mason Rudolph, Oklahoma State, QB, Sr.
Rudolph has set himself up to be one of the best, if not the best, quarterback in OSU history and already owns a number of records. But even with the stats, the big test will come on the field. He has some impressive targets with which to connect in James Washington, Jalen McCleskey, Marcell Ateman and more and with an improved running game, could lead the Pokes to a Big 12 title.

Zach Sinor, Oklahoma State, P/K, Sr.
The guy has his own Heisman Trophy campaign – which he started himself. But he is a solid punter and on a team that could be playing in January. Sinor was a semi-finalist for the Ray Guy Award and is on the watch list for this year. OSU was No. 1 nationally in opponents’ starting field position in 2017, due in large part to Sinor.

Chas Stallard, Central, QB, Sr.
Stallard started as a freshman and regained that starting position midway through last year. He has a solid running game to go to and is a serious dual threat to run and throw. The senior will likely become the school’s all-time leader in total offense before the midpoint of the season. The Bronchos will need his play and a solid offensive output to get back above .500 in the MIAA.

Darwin Thompson, Northeastern A&M, RB, So.
The running game should be strong again this season, and it will be led by Thompson. In 2016, he averaged a school record 6.9 yards per carry and topped the 1,000-yard mark with 1,029 and scored nine touchdowns.

Noah Wells, Southern Nazarene, DB, So.
Wells had a strong showing as a freshman for the Crimson Storm, leading the team in tackles and tackles for loss. While SNU may be hoping to have its leading tackler from somewhere other than the secondary in 2017, Wells is mobile and can get to the spot when called upon.