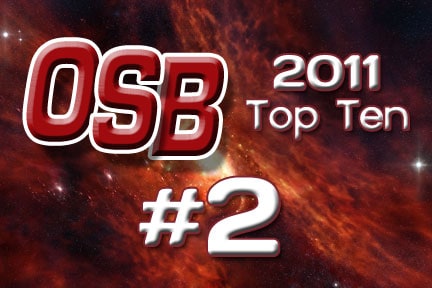 At the start of the football, I actually predicted this outcome.  Yes, I know: That’s easy for you to say now.  Well, here’s the proof.
But the simple fact of the matter is that the Southern Nazarene Crimson Storm is leaving NAIA in style.  With a 9-2 regular season record SNU had the best season in the school’s relatively short history.  Southern Nazarene is in the process of moving up to NCAA Division II and will be playing a Great American Conference schedule next season.
And what a year the Storm had!  Senior QB Brady Wardlaw led his team week after week with stellar numbers.  And Michael Hicks was an absolute force on defense – and Storm fans, he’s just a freshman!

The Crimson Storm went 4-1 in the CSFL and win the league in the season finale with a 38-34 victory over a surprising good Langston team.
2011 also saw SNU’s first trip to the playoffs and the highest ranking (No. 14) in school history.