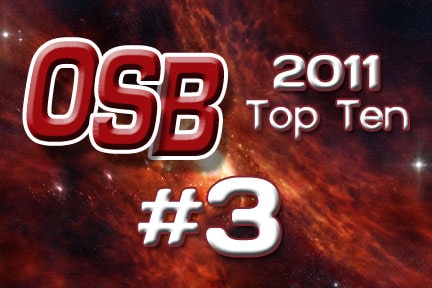 Back on Aug. 26, Southern Nazarene’s Jackie Acevedo got her team’s season started right by scoring five goals against Southwestern Christian in the Storm’s opener.  The five goal scored tied a school record held by none other than her own coach.
The senior took it up a notch the next day, by scoring six goals against Northwood (TX).  IN her first two games of the season, Acevedo had 11 goals – more than many teams had collected in that amount of time.
But wait, there’s more.
On Oct. 11, Acevedo set the mark for all those who follow even higher.  She scored put in seven goals against St. Gregory’s in a 13-0 rout.
Acevedo tallied 38 goals and 17 assists on the year and was named Sooner Athletic Conference Player of the Year.  You think?!
She led her team to a 15-4-1 record and was 10-1 in the SAC.