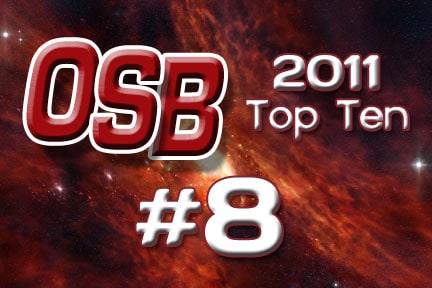 Talking about the Union Redskins winning a Class 6A state championship is not really news.  But talking about really narrow wins by the perennial football powerhouse is.  Union narrowly squeaked by not once, not twice .. but three consecutive times in order to pull off its fourth straight title in the OSSAA’s largest class.
The Redskins defeated Edmond North 17-16 in the quarterfinals and then arch-rival Jenks 30-29 in the semis.
And then in Boone Pickens Stadium, Union came from behind twice in the fourth quarter against Broken Arrow on the strength of two huge defensive plays, both involving a sophomore, Coleby Evans.
Evans intercepted BA quarterback Zack Mills and returned the ball 84 yards to the Tigers’ 1-yard-line.  Union scored and went up 16-14.
Later in the quarter, Broken Arrow was up 22-16 and got the ball back with under four minutes on the clock.  The Tigers needed to simply run out the clock to put a stop to the stranglehold that Union has on 6A.  But a mishandled exchange between QB and center was picked up by Evans and run in for a score.  With the extra point, Union went up 23-22 and took home its seventh title in 10 years.
But as the old adage goes, it doesn’t matter if you win by one or 50.  A win is still a win.