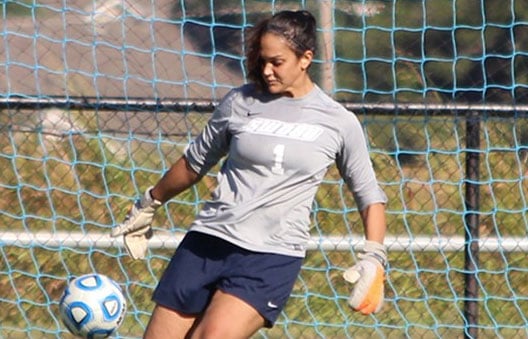 The All-OSN team is comprised of standouts from the NAIA and NCAA Division II. In total, there were 11 NAIA selections and 11 NCAA D-II selections in the 22-player roster. Southwestern Oklahoma State and the University of Central Oklahoma led all teams with three selections apiece, and SWOSU, UCO and USAO each had two First Team All-OSN selections.

Ailee Thompson enjoyed an influential season leading the attack for OCU en route to the Offensive Player of the Year title. A senior, the Oklahoma City native accounted for 16 goals, ranking in the Top 20 in all of NAIA, while also chipping in with nine assists to finish with 41 points. Thompson also recorded five multi-goal games, including three hat tricks. Her efforts helped OCU to an 11-4-1 overall record and a second-place finish in the Sooner Athletic Conference.

Rhiannon Brewster put in regular commanding performances at defense for the Drovers to earn the Defensive Player of the Year award. A native of Yorkshire, England, the junior defender was part of a defensive unit that allowed 21 goals, including five clean sheets. Brewster also helped out on offensive for USAO, providing seven assists on the year as the Drovers claimed first place in the SAC.

Courtney Flores had one of the most commanding season-long performances between the sticks for the Bulldogs to claim Goalkeeper of the Year honors. The junior from Plano, Texas, collected a career-best 10 clean sheets and set the new Great American Conference record with 19 career shutouts. Flores holds a 1.03 goals-against average and made 54 saves as the Bulldogs claimed third place in the GAC.