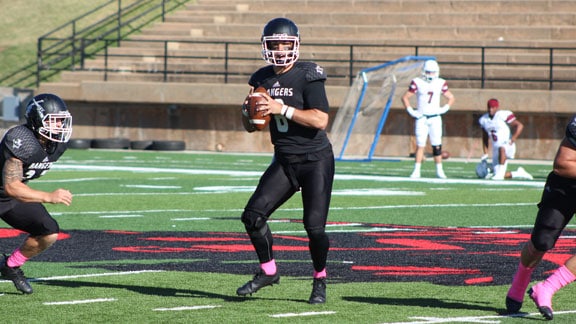 The third annual All-OSN football team from OklahomaSports.Net was released Wednesday with 56 players honored on this year’s squad.

Reid Miller earned the nod as the Offensive Player of the Year. The senior threw for 3,221 yards, which led the Great American Conference and was eighth nationally in Division II. He tossed 35 touchdown passes (a NWOSU record) and became the school’s all-time leader in the category as he finished his career with 73. Twice this season, Miller had five touchdown passes with no interceptions.

Connor Bays set the single-season record for tackles in the GAC by recording 128 of them in 2016. He is also the career leader in the category at Southwestern, with 295. Of those 128 tackles this season, 5.5 were for loss, and Bays had an interception and two forced fumbles.

Bo Atterberry is in his third season at Southeastern and has led the Savage Storm to a winning record in each of those years – the first such streak since 2002-2005. Southeastern finished 7-4 and Atterberry had 12 players to make the All-Conference roster.