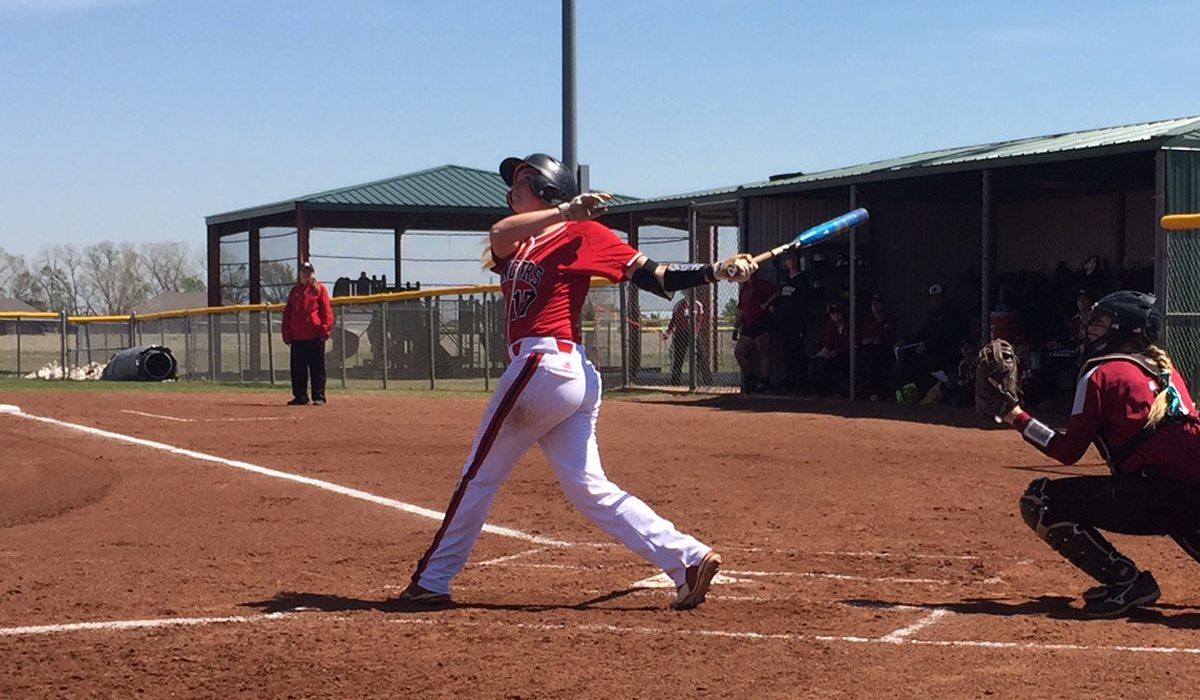 On Friday, the Northwestern Lady Rangers softball team went up against Southern Nazarene University’s Crimson Storm and the scoring was low for both teams in both games.

In Game One, the Crimson Storm’s pitcher was on absolute fire. Five Lady Rangers were struck out in the first three innings. Additionally, the Lady Rangers struggled by only managing to rack a total of three hits throughout the entire contest.

Junior pitcher and Texas native Madison Garza of the Lady Rangers was able to fight Friday’s windy afternoon the best that she could, aside from one game altering at bat during the third inning when Mahina Sauer hit a two-run homer.

Both teams remained scoreless for the rest of the game bringing in the final score of the first game to 2-0 with the Southern Nazarene coming out on top.

The Lady Rangers came out swinging in the Game Two, acquiring a run early in the bottom of the second inning from senior and Oklahoma native Megan Sanders.

The NWOSU offense showed a slight improvement in hitting from the first game to the second by racking up five hits in the second compared to three in the first. However, the Crimson Strom did not go down without a fight. They retaliated with a run of their own in the very next inning.

The Crimson Storm had no intention of letting off the gas offensively by racking up yet another homer in the same inning.

However, the Lady Rangers bounced right back in the very next inning by junior and Texas native Macy Madewell crushing a 2 run homer that pushed the Lady Rangers into the lead. Neither team managed to score a run in the remaining innings, which brought the score to 3-2 with the Lady Rangers taking the win.

The Lady Rangers are going up against the Crimson Storm once again Saturday afternoon.