After long road trip, SOSU back at home for four 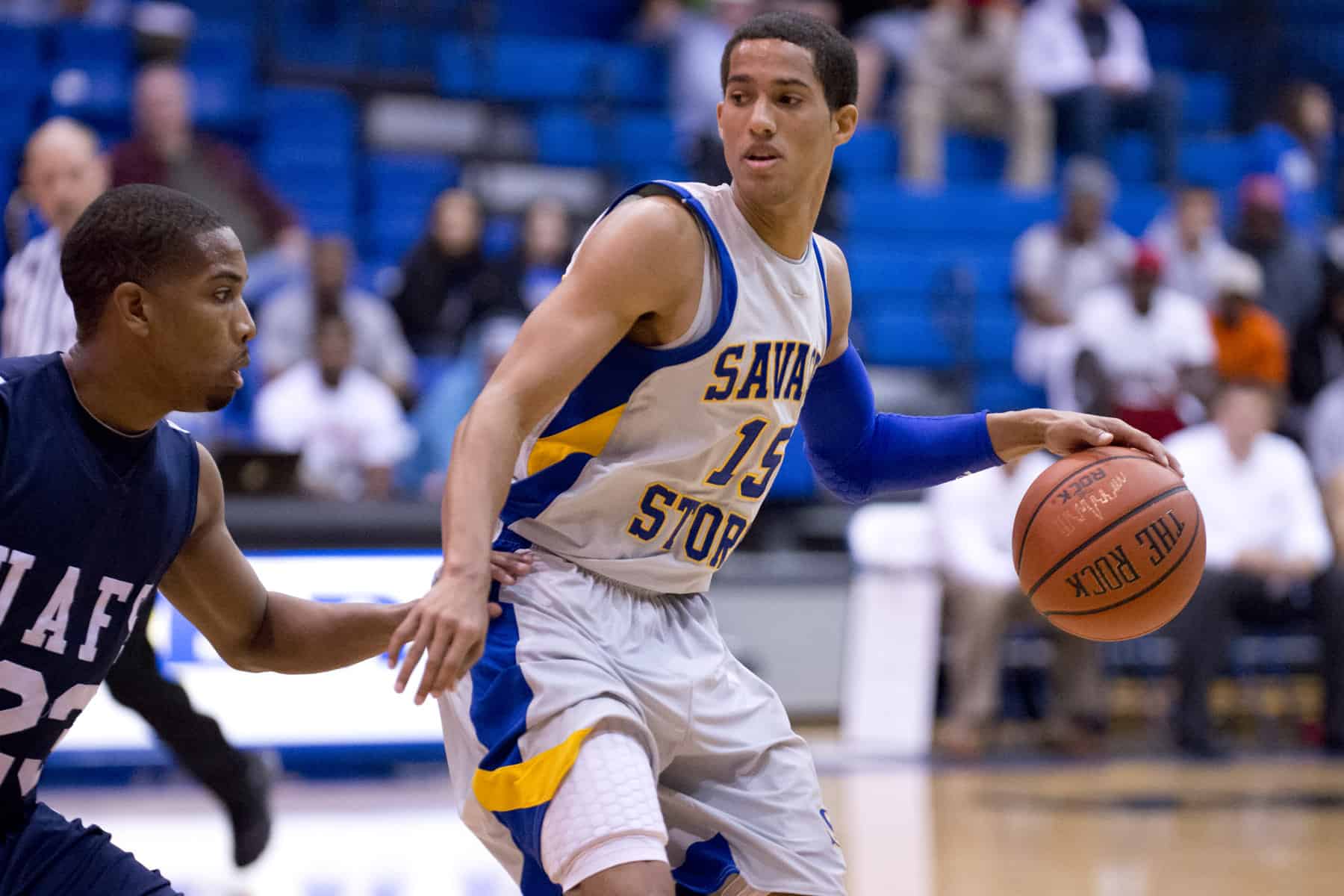 DURANT – The Southeastern Savage Storm open a four-game home stand Thursday night after five games away from Bloomer Sullivan Arena.  The Storm are undefeated this season at home, winning three straight to open 2012-2013.

But SOSU went 2-3 on a road trip that saw stops in Tennessee, Kentucky and Arkansas.  Southeastern stayed last weekend in Arkadelphia, Ark., for the opening of Great American Conference play.  They lost to 78-61 to Henderson State, then defeated Ouachita Baptist 59-56 two days later.

There are many new faces mixed in with the familiar ones in Storm uniforms this season for second-year head coach Kelly Green.

“We’re implementing some new guys into the rotation,” Green said.  “We’re still trying seek out and see who we are.  But we’ve played some pretty good competition.  We went on the trip over the Thanksgiving Break where we played three really good teams on the road.  And we opened conference play this past weekend and split on the road.  And we’re getting better, we think.

“And we’re really trying to get our rotation down, because we’ve had some guys injured.  And really, it’s been since the very start of the season.  We lost our leading scorer and rebounder from last year in the opening game to a broken wrist.”

Urald King has been at Southeastern since his sophomore year and was really hitting his stride in what was supposed to be his final season.  King put up 11.3 points and 7.4 rebounds per game in 2011-2012.  And Green hopes that he hasn’t seen the last of King on his court.

“It’s his senior year and he’s still got a redshirt year available to him,” Green said.  “He has surgery scheduled within the next couple of weeks.  The indications are that he should receive the hardship (for the redshirt).”

Southeastern (5-3) has also been getting good play from its backcourt.  Senior Chris Rousell is leading the team in points and rebounds with 15.9 and 7.4, respectively.  He had 29 of the Storm’s 59 points in the win at Ouachita Baptist.

The Storm is also getting quality time from newcomer Travis Timmons.  The junior from Tuscon has started all eight games for Green.

“We added Travis this year as a point guard,” Green said.  “He comes from Mesa Community College, which is a very good program in Arizona.

“He gives us a pure point guard out there who is leading the team.  He creates for others and see the floor very well.”

And the future is now for Southeastern.  Freshman Quinton Threadgill from Haworth, Okla., has been able to give quality time to relieve the starting guards.

“And we also added Quinton, who we think is going to be an outstanding player for us,” Green said.  “And because we have Travis, we’re able to move Quinton along slowly.  I’m sure he’d like to move him along a little more quickly, but he’s going to be a very good player.

“From the point guard spot, we feel like we’re lot better off than we were last year at this time.”

Green said that he is happy to be back home for a while, but that the competition level of the GAC is tough each night.

“We’re playing last year’s defending conference champion that made it to the Sweet Sixteen of the NCAA Tournament in Arkansas Tech,” Green said.  “And then there’s Harding, and I’ve read that they’re off to their best start since 1995 or so, and they’re 6-0.  We’re hearing that they are very good.”

However, Green also talked about the parity of the league that is now in its second year.

“Last year, Arkansas Tech was head and shoulders above everyone else,” Green said.  “And the rest of us were all jumbled up together.  This year, it seems the middle schools have all risen up a little more.

“Our league is a very good league and it’s very competitive.  A lot of games are going to come down to the last couple of minutes and we’ll see who can execute the best.  And maybe who has the opportunity to have the ball last and see if one of those balls rolls in or out.”

Southern Arkansas and Arkansas-Monticello come to Bloomer Sullivan Arena after the Christmas Break on Jan. 3 and 5, respectively.