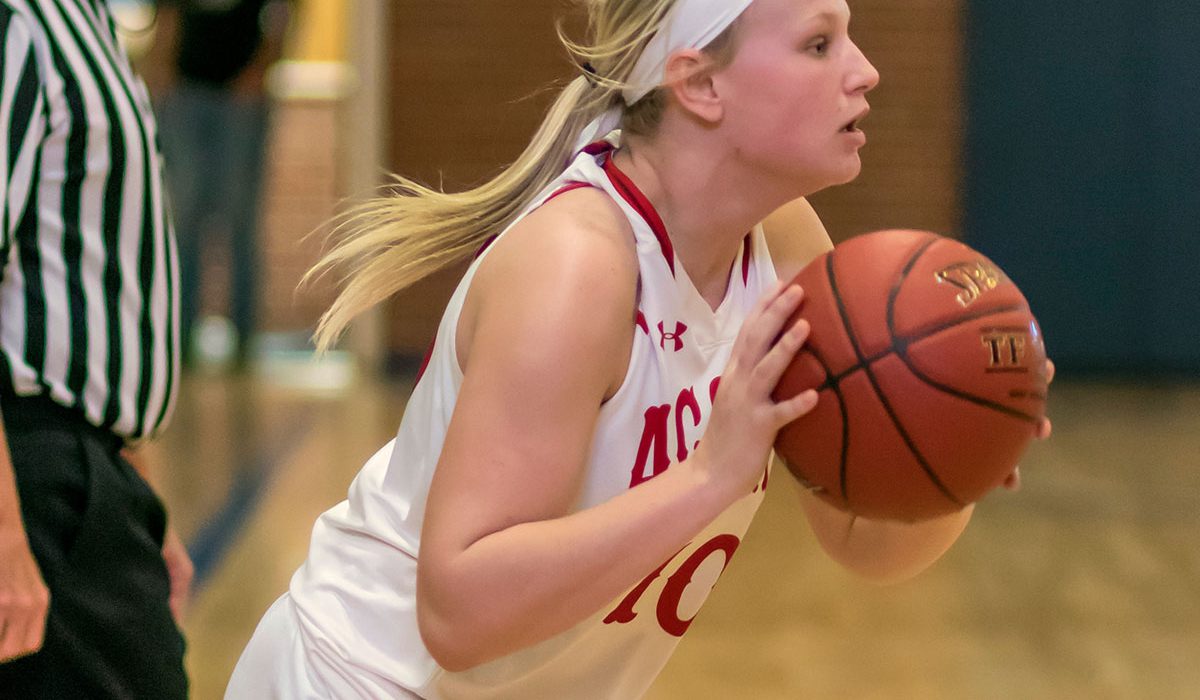 GOODWELL —The Aggie women claimed their first Sooner Athletic Conference victory of the season Saturday afternoon in a 78-76 shootout against the University of Science and Arts-Oklahoma.

A rampant first period was riddled with turnovers, as the Aggies relinquished the ball 11 times in the first ten minutes of play. The Drovers held a 16-10 lead going into the second quarter, but Panhandle pulled together to outscore their opponents 28-13 and reap a nine-point advantage by the break (38-29).Monti Regier led the game in scoring at halftime with 12 points on three long-distance shots and 3-of-3 free throws. Regier’s efforts beyond the arc moved her into the second spot in the school’s all-time three-points made in a career.

Eleven more turnovers in the third period plagued the Aggies, giving USAO 12 points off possession changes. The Drovers owned a two-point lead (52-50) after three quarters. The fourth quarter saw six score ties and a five-point favor for the Aggies at the 1:30 mark (76-71). The Drovers evened the score 76-76 with under 30 seconds left on the clock but were forced to foul as time ticked down. Taylor Acosta was sent to the line with six seconds remaining in the game, landing both free throw shots to seal the deal for Panhandle State.

Acosta tallied a team-high of 18 points, including three treys. Munsch totaled 16 points and also landed three shots from beyond the arc, and Regier finished with 13 points on the day. Munsch emerged as the team leader in rebounds with five followed by Shambri Kelso who came away with four boards off the bench. Munsch and Nadia Hayes shared the game-high in assists with four each. For the game, the Aggies gave up 20 points on 26 turnovers and lost seven points to second-chance shots. Panhandle players were outscored 40-26 in the paint, but out-rebounded their opponents 25-22.

Now owning a 5-3 record on the season and sitting 1-1 in conference play, Head Coach Victor Esparza offered post-game remarks stating, “I’m proud of our team’s effort and out willingness to grind out a win against a good basketball team.” Esparza expounded, “I am especially pleased that our offense came through big for us and we were able to shoot at a high rate.” He added, “We made some defensive mistakes, but I was happy with how hard we worked on that end to make sure we got the win.”

Panhandle State women’s basketball receives a break in play before they take to the road for two conference contests against Langston on Dec. 13 and Central Christian College on Dec. 15. The team will take a few weeks off for the holidays, and then reconvene road play with an exhibition match at North Texas in Denton on Dec. 29. Fans can keep up with road games via live stats and video streaming links offered online at opsuaggies.com.