An in-state matchup that NEEDS to be on the schedule 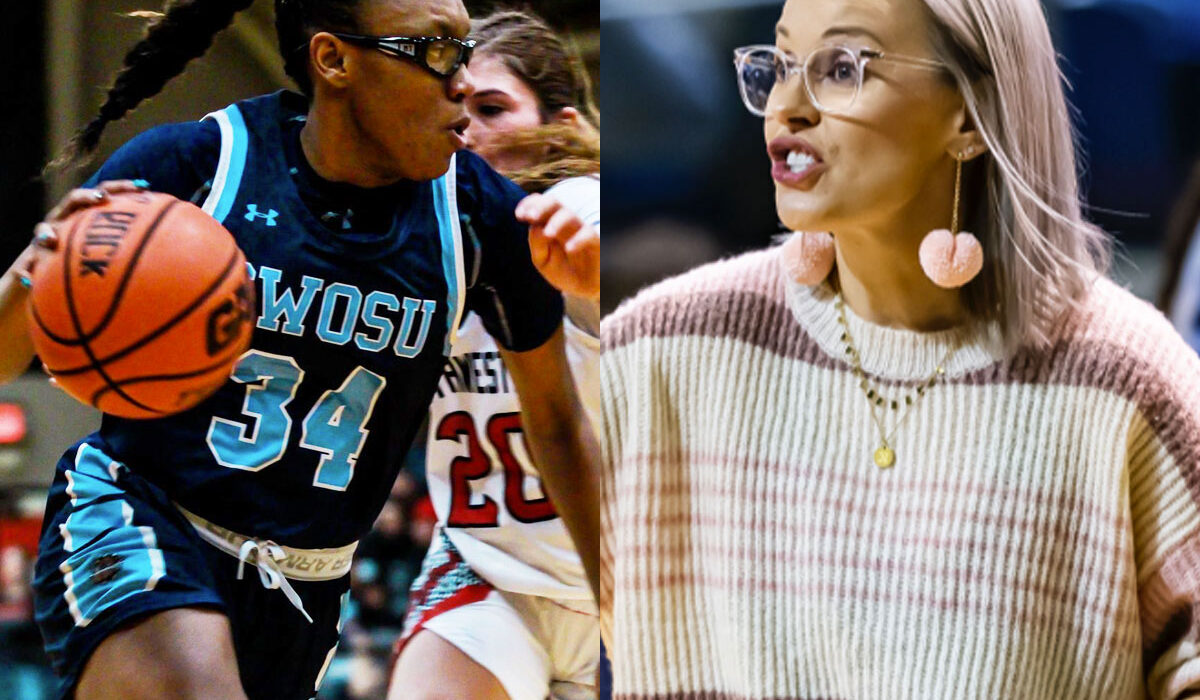 On May 13, a picture showed on Makyra Tramble’s Instagram account of the basketball player in an Oklahoma State uniform.

The All-American, who has been a member of a Southwestern Oklahoma State University program that has been dominant in recent years, is heading to OSU for the upcoming season.

Tramble was named the DII Ron Lenz National Player of the Year following the 2021-2022 season, a year in which the Lady Dawgs went 29-5 and won their fifth consecutive Great American Conference title. Tramble herself put up numbers the led to many postseason honors (20.1 points, 5.2 assists, 7.1 rebounds and 2.8 steals per game), such as the GAC Player of the Year and an All-American nod for the second straight season.

The cupboard is not bare for first-year OSU coach Jayci Hoyt coming into Stillwater, but this is definitely a big add to the roster.

And speaking coaches, the SWOSU program will head into the 2022-2023 campaign needing to fill more shoes than those of Tramble. Also leaving Weatherford for a new challenge is Southwestern’s head coach, Kelsi Musick.

Musick had an incredible run in her 13-year tenure at the helm. The five-time GAC Coach of the Year had a record of 259-125 during that time. The up-tempo brand of basketball was must-see entertainment for anyone within driving distance of the Pioneer Cellular Event Center.

Musick brought SWOSU women’s basketball to a place to which its latest iteration could be spoken of comparatively with the program’s glory days in the NAIA. And when that fast-paced offense was recently paired with a strong defense, the result was a 35-game winning streak and a national runner-up finish in 2019.

Musick led the Lady Dawgs to five consecutive trips to the NCAA Tournament, including this season.

Thinking of SWOSU women’s basketball of late almost immediately conjured images of Tramble or Musick … or both. And to think of either of them wearing a color other than SWOSU Blue on gameday is a little odd.

Or will they? Is another ORU/OSU matchup on the docket for the upcoming season?

It would be worth the price of the ticket to get to see how Musick would prepare to try to defend one of the best players she has ever coached. Or to watch how Tramble to go into a game understanding the head coach on the opposite bench likely knows her game better than she does herself.

And it would be a game to draw fans from all over the state, with even groups of people from Shawnee, Tramble’s alma mater, and Weatherford itself making the trip to either campus or even a neutral site, chosen especially to highlight this matchup.

ORU and OSU didn’t play each other last season, but did match up the three seasons prior with the Cowgirls winning all three. The all-time record between the school has Oklahoma State with a 27-15 advantage. The last ORU win was a 55-51 overtime victory in Tulsa.

If this game is not yet on the schedule for the 22-23 season, this is a formal request from OklahomaSports.Net to put it there.

If this matchup is secured, the moment it goes online, the date will be circled on the calendar and the money set aside for a ticket.