All-around effort from ORU leads to upset of No. 11 OU 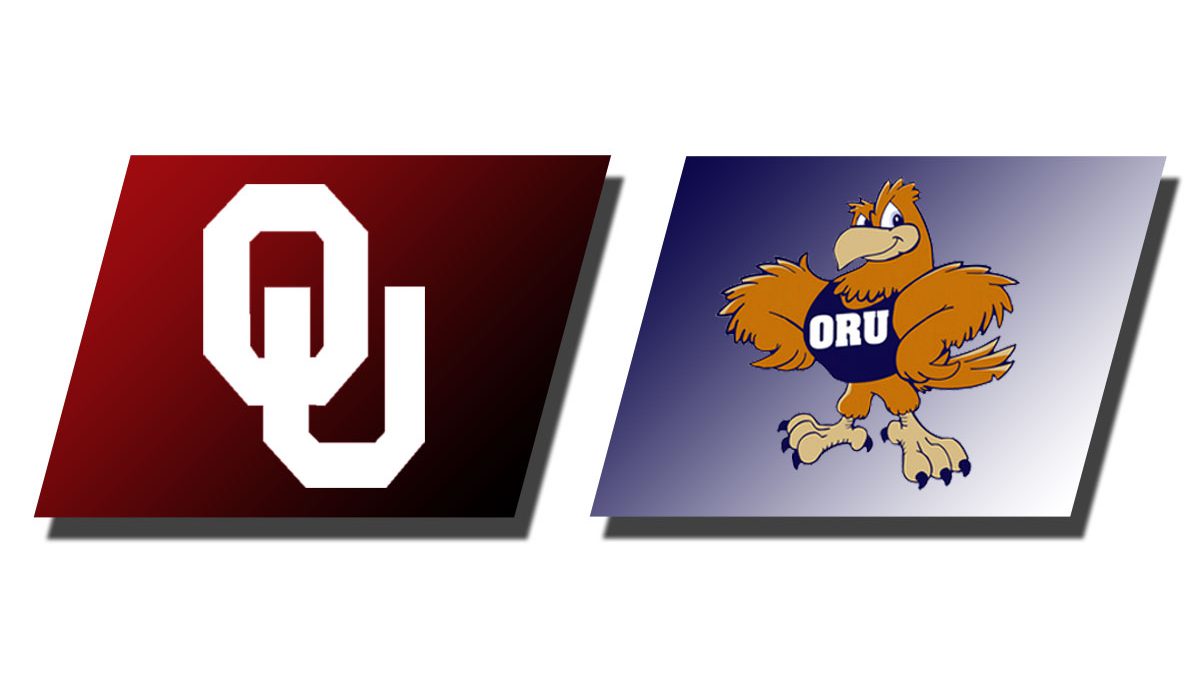 TULSA – The Oral Roberts baseball team used an all-around performance to knock off 11th-ranked Oklahoma, 3-2, for a signature win Tuesday night at J.L. Johnson Stadium in front of a near-capacity crowd.

The Golden Eagles scored all three of their runs in the bottom of the fourth inning to take control of the in-state matchup and even the season series against the Sooners. Noah Cummings delivered a two-run double to break a 1-0 deficit and Dylan Snypes dropped a sacrifice bunt to extend the lead to 3-1.

ORU’s pitching staff made the margin stand turning in another impressive outing against the nationally-ranked Sooners. Three pitchers from the bullpen threw the final 4.2 innings shutting down OU by allowing just two hits and a walk, while striking out seven, including all three in the ninth by Kyler Stout.

“We knew it was going to be a grind against their pitching staff and that we were going to have to take advantage of some opportunities,” head coach Ryan Folmar said. “I thought our grit and our toughness throughout the game kind of carried over and got it done for us.

“I just want to say how nice it was to have this crowd here tonight; they made a difference. I want people to understand how big of a difference it is when we have a ballpark and an atmosphere like we did tonight, it was very special. It just felt like a regional-type atmosphere.”

Trailing 1-0 after the Sooners scored in the top of the third on a passed ball, the Golden Eagles were able to ignite their offense in the fourth. Nick Roark hit a single into right before Cal Hernandez drew his 13th walk in the last 15 games with no outs. Cummings stepped to the plate and hit a liner to the wall in left center scoring both runners and putting ORU in front.

Roark continues to swing a hot bat from the lead-off position going 2-for-4 with a run scored. The junior is now 9-for-17 (.529) since the move to the top of the lineup.

On his birthday, Cummings came through clutch as he has all season finishing 2-for-4 on the night with a run scored. The junior added to his Summit League-leading RBI total and now has 34 in 32 games played.
Grant Glaze earned his second win of the year throwing 2.2 innings from the bullpen and help OU to only two base runners on a hit and a walk. The senior struck out three of the 10 batters he faced.
Stout added to his league-best save total registering his sixth of the season throwing a scoreless ninth inning to preserve the victory. He fanned three of four hitters to lower his earned run average in 2017 to 0.47.
Bryce Howe won a rematch against OU’s hero from last week, Austin O’Brien, in the top of the eighth inning. The Claremore, Oklahoma, native forced a fly ball into right almost exactly a week after allowing the go-ahead grand slam in Norman, while pitching a perfect 1, 2, 3 inning.
ORU starter Logan Michaels did not have his best stuff, but battled throughout his outing to limit a potent offense in 4.1 innings of work. He surrendered only one earned run on three hits with three strikeouts.
The Golden Eagles have now won three-straight games over the Sooners at J.L. Johnson Stadium and out-hit the visitors 6-5. OU’s Austin Hansen was charged with the loss, the first of his collegiate career, after entering the game with a perfect 7-0 mark.

ORU plays its next seven games away from home starting with a Summit League series at Omaha April 14-15. The action gets underway Friday afternoon at 1 p.m.