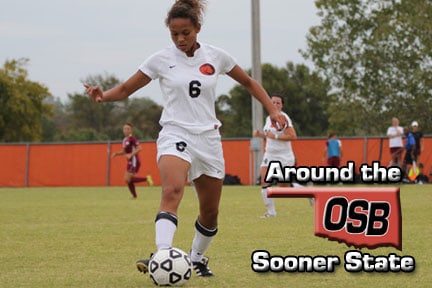 It’s back to work Around the Sooner State today, but at least it feel a lot nicer outside.

Editor’s note] Yes, they both have the same name.

Photo:  ECU’s Ashley Bradford is in action here during the 2010 season. Bradford was named the first-ever Great American Conference Soccer Offensive Player of the Week on Tuesday. (Photo by Gina Smith).