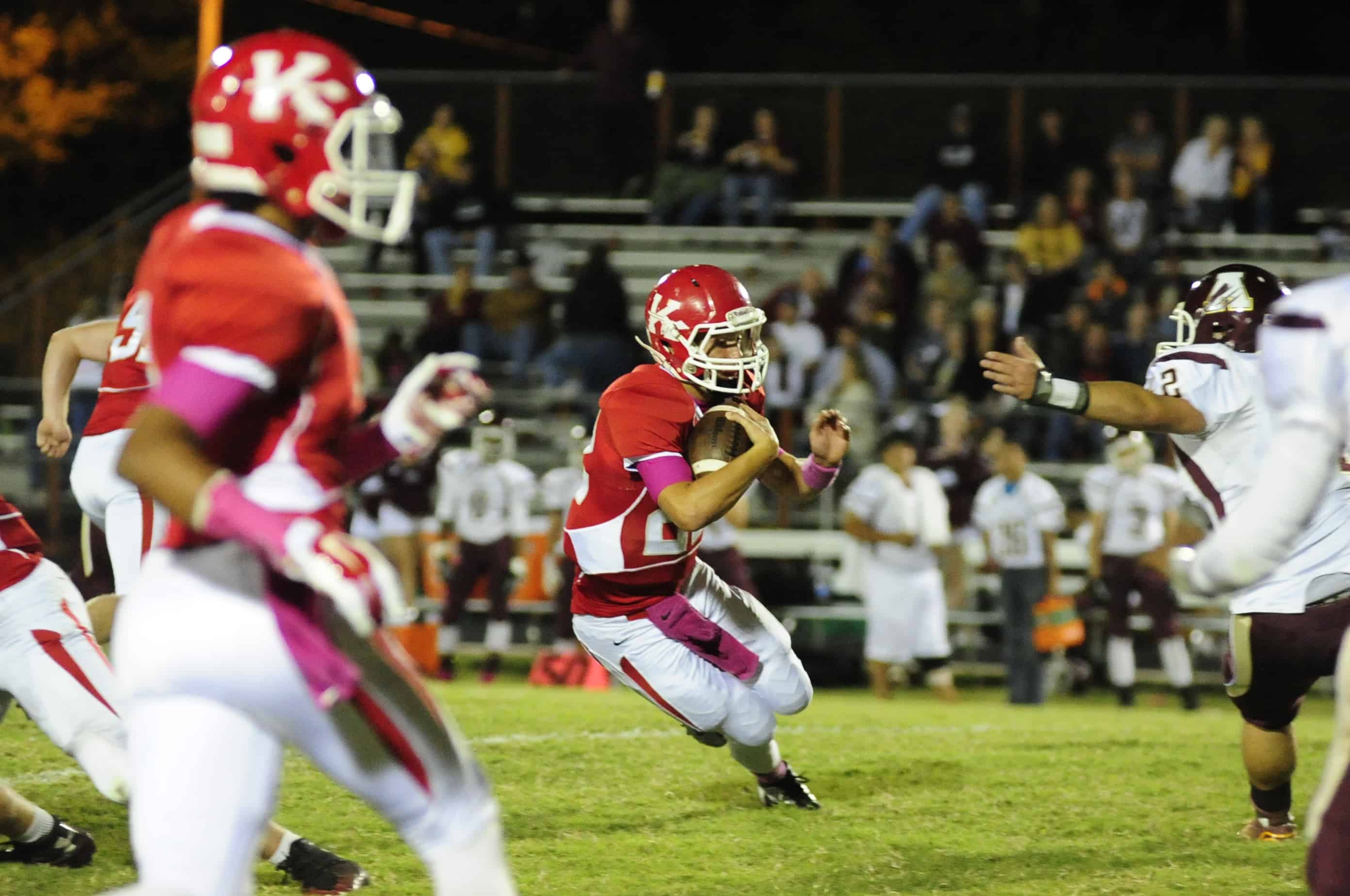 KINGSTON – The Kingston Redskins hosted the Atoka Wampus Cats Thursday night at Bulldog Henry Stadium and extended their winning streak to seven games, with a 46-7 win, putting them at 7-0 overall and 4-0 in district play.

The game started all Kingston as the defense took the field, backing Atoka up with a quarterback sack by Cody Flesher the second play of the game.  Atoka was unable to make any progress, and punted away to the Redskins after three plays.

On Kingston’s first possession of the night, they got a 10-yard touchdown by Flesher. This started a landslide for the Redskins as the scored early and often.

The next possession by the Wampus Cats led to more outstanding defensive play by the Redskins. Atoka mustered one yard before punting away the ball. Kingston took over at their 31-yard line. Quarterback Noah Hodges found Paden Hayes for a 69-yard touchdown pass.

At the end of the first quarter the Redskins found themselves with a 20-0 advantage.

The second quarter was dominated by Kingston defense, allowing -2 yards rushing and only two completed passes for 21 yards. On offense, it was more of the successful pattern as Hodges completed eight passes on 10 attempts for 177 yards and two touchdowns. The running game excelled as well, with the Redskins toting the ball nine times for 79 yards. The Wampus Cats found themselves in a 39-0 hole at the half.

To start the second half Kingston took the opening possession, and after an incomplete pass. Hodges found Sky Lowe on two consecutive completions, the last for a 32-yard touchdown. That would wrap up the night for the Kingston starters.

Atoka managed one touchdown in the fourth quarter, as Kingston’s strong defense proved what many already knew – they are for real.

In a post-game interview, Kingston coach John Caraway had high praises for his team.

“Noah [Hodges]  has to be our key player for tonight,” Caraway said. “Our offensive line also deserves a big pat on the back. They’ve put in a lot of hard work and it showed tonight.”

If Kingston can continue their winning ways, they’ll find themselves hosting a first round playoff game for the second time in the last 26 years.