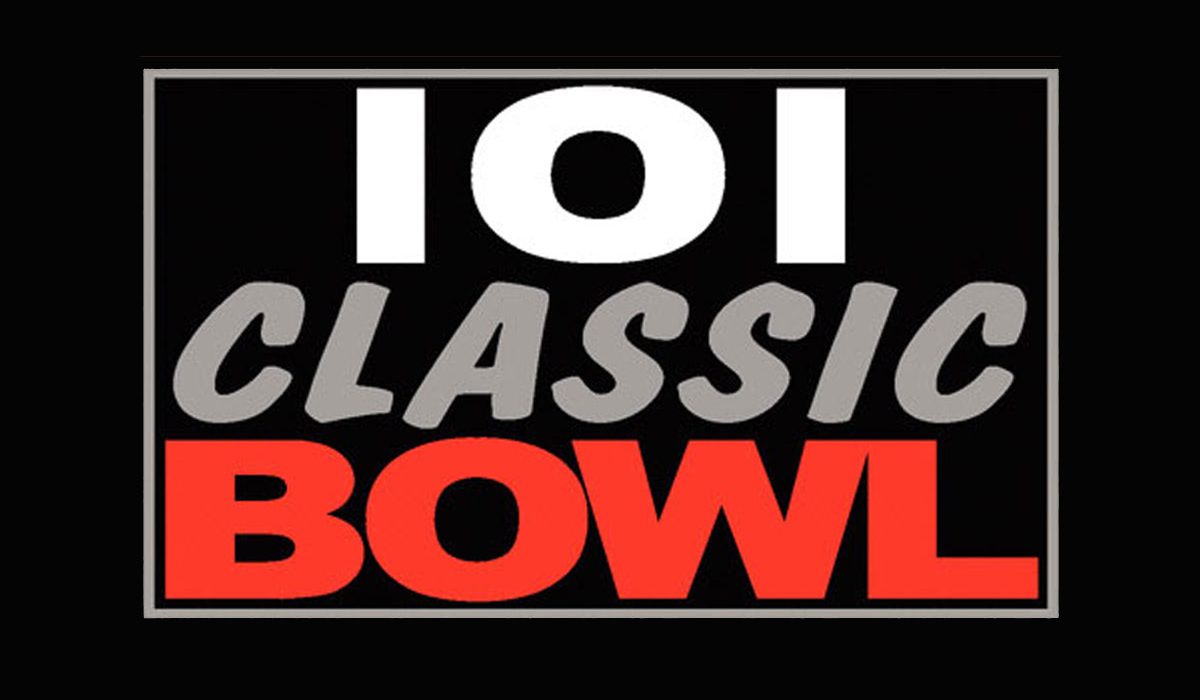 WOODWARD – Mitchell Meyer’s insurance touchdown pass to Chad McGolden late in the game was indicative of the night for the East in Classic Bowl XXXI.

It was big plays that get it done for the East in a 33-26 win over the West in the annual all-star classic in Woodward.

The East had five touchdown passes from for different quarterbacks on the night: Braden Meek (Chisholm), who had two; Angel Gonzales (Medford); Griffin Lamb (Cashion); and Michell Meyer (Alva).

The West got on the board first after an interception set up a seven-play, 60-yard touchdown drive capped  by a 2-yard TD run by Dakota Buck (Perryton, Texas).

After a slow start, the East was finally able to answer that score as Braden Meek found Noah Hahn (Chisholm) caught the first of his two TD receptions on the night late in the quarter. Hahn was named the MVP for the East, coming up with 4 receptions for 53 yards and the two scores. He was also 2-of-4 on extra-point attempts.

Midway through the second quarter, Angel Gonzales found Hunter Bowers (Crescent) with a 3-yard strike to complete an 11-play drive giving the East an 14-7 lead, a lead it would not relinquish.

The West came back and Casen Cavalier (Canadian, Texas) found Trent Evans (Canadian, Texas) for a 53-yard TD looking to tie things up again. But the extra point was missed, keeping the score at 14-13. Cavalier earned the nod as West MVP for his performance on the night, completing 8-of-14 passes for 118 yards and two TDs, while rushing for 115 yards on 21 carries.

Meek heaved a 56-yard touchdown pass just before the break to Chad McGolden (Fairview)to extend the lead to 20-13 (missed PAT) at halftime.

The only score in the third quarter came late in the stanza as Hahn reeled in a 20-yard pass from Griffin Lamb.

Blake Alexander (Woodward) picked up one more touchdown on his home field with a 1-yard run to get the West back to within a score midway through the fourth quarter. But the defenses held until late in the game to keep the East on top.

And instead of running out the clock late, Meyer’s strike to McGolden gave the East what proved to be a necessary score to go up, 33-20.

Cavalier found Garrison McCook (Canadian, Texas) from 19 yards out for the score, to give McCook a touchdown to go with an interception has snagged earlier. But the play came with just three seconds left in the game and the East recovered the online kick attempt.

The East has closed the gap on the West with the win and now trail just 16-15 in the overall record in the annual all-star bonanza in northwestern Oklahoma.