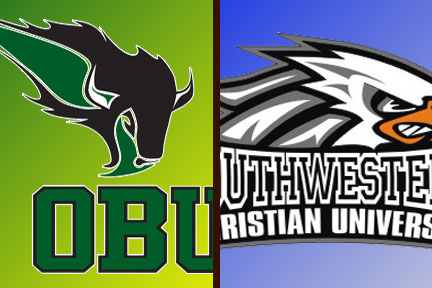 The Eagles, who announced last week they are joining the Sooner Athletic Conference next year, were 2-0 against SAC teams coming into the contest.

“It was a good win today,” said Bison Coach Brent Coates. “Southwestern Christian is a good, young team with talented players who will do well in the SAC. We beat an unbeaten team that is receiving votes in the NAIA Top 25. I felt like we dominated the game from start to finish.”

Chance Johnson gave OBU a 1-0 lead in the 13th minute, scoring from 25 yards out after cleaning up a loose ball.

That lead held up the rest of the half and the Bison doubled it in the 47th minute when Tito Silva scored on a header on a well-aimed pass by Mario Maia.

OBU got its third goal from Taylor Thompson in the middle.