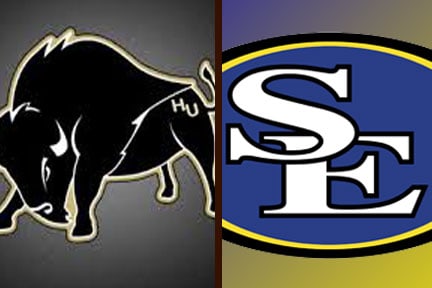 The game was billed as a matchup of the top two running backs in the Great American Conference.  And although Harding’s Romo Westbrook and Southeastern’s Devlon Wortham each led their respective teams in rushing on the day, neither was the star of the day for his team.

Harding expanded a 14-7 lead at halftime by taking the opening possession of the second half in for a touchdown and never looked back.  The loss drops the Savage Storm to 2-7 on the season.

Wortham was limited just eight carries on the day and picked up 42 yards, well below his average of nearly 108 per game that is second in the GAC.

The league’s top rusher was also held in check.  Westbrook had 18 carries and picked up only 71 yards; he averaged 109.9 ypg coming in.  He had a touchdown as well, but it came late in the contest.

The Storm defense did well on the whole.  SOSU gave up 264 yards to the Bisons’ triple option offense, but even that number is 131 yards less than the conference’s leading ground attack had been picking up per game.

Southeastern, however, dug itself a 14-0 hole by the midpoint of the second quarter.  And the offense couldn’t get itself going, dropping two passes that would certainly have been scores.