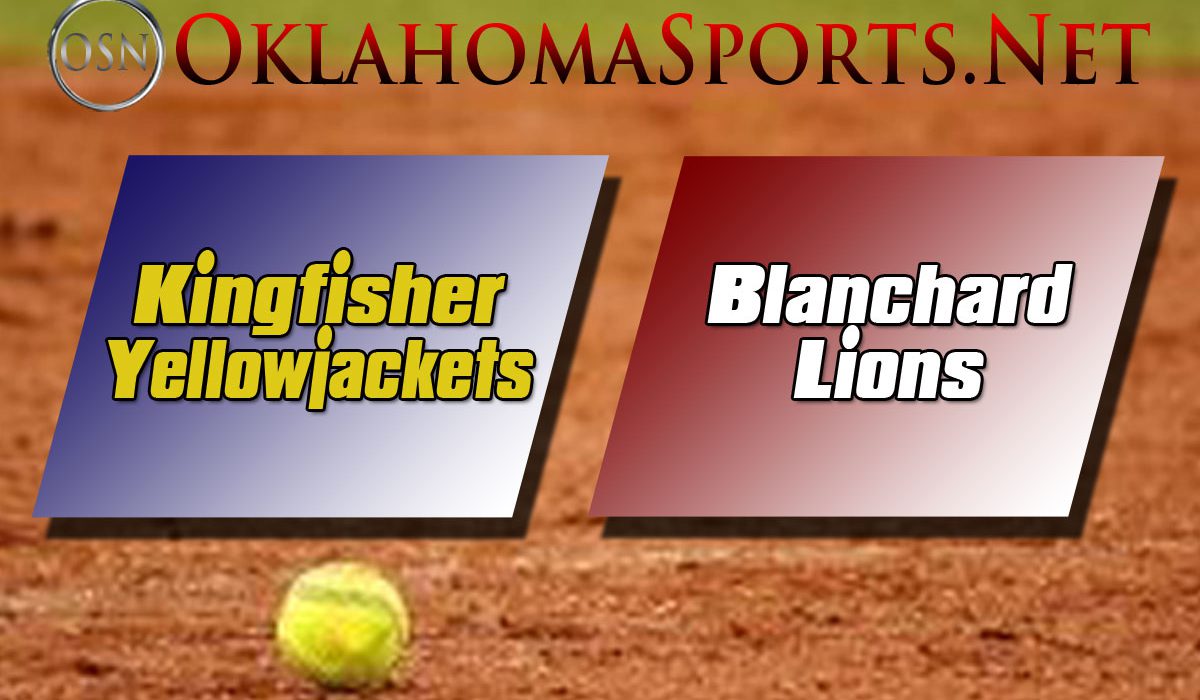 BLANCHARD – The Blanchard Lady Lions seemed to put things together in a hurry after a season opening split in Weatherford on Monday.

Blanchard kept Kingfisher off its home scoreboard on both ends of a doubleheader on Tuesday, opening play in District 4A-1.

Blanchard head coach Desiree Booker said starting the season with that tough road doubleheader on the schedule ahead of the district contests was by design.

“With the amount of girls we have out – I have 25 players – during summer ball and having girls gone at times, yesterday was the first time that I had everybody there in a game and in the moment with each other,” Booker said.

“It was really nice to get a guide off Monday’s games. I was able to learn that this pitcher can throw a certain amount of innings before they catch on to her and just different combinations of things like who works with whom. So it really helped out today.”

Booker said also that with the relatively new district format in 4A, the early wins were big.

“Last year, my girls didn’t comprehend that you could wait around until the last of the season to get after it. They had to do it from the beginning. And we didn’t do that last year. So getting two wins tonight was definitely a really great start.”

Kylie Ott and Kodie Johnson combined to strike out five and give up only one hit in seven innings in the 8-0 win over the Yellowjackets in the opener. Johnson and Jaci Scoles didn’t allow a hit in five innings as Blanchard got the 11-0 run rule win in Game Two.

“What’s crazy is that I have three more (pitchers),” Booker said. “We’re definitely having to mix and match a little bit to try to keep them off balance. I’ve had overpowering pitching in the past, and now we’re making the fielders work a little more. We’re really stressing to the girls to adapt to where the pitch is thrown and to move themselves in the field so they can go to where the ball is supposed to be. And I really hope the pitchers are hitting their spots.

“But I think it’s helping to keep the girls more in the game. They’re not just sitting on their heels just waiting on the pitchers to strike everybody out. We have girls who are throwing strikes and they’re putting the ball into play but girls in the field have made some pretty good plays.”

The offense looked good for the Lady Lions as well, highlighted by a grand slam by senior Larissa Maston, who went 4-for-5 on the day with five RBIs.

“That was pretty awesome,” Booker said. “She needed that. I loved it for her. She’s a great hitter and she had been having problems sitting back and waiting but she took that one out.

Blanchard gets a bit of a break on the schedule and will next take to the field on Monday, hosting Bethany in another district contest.