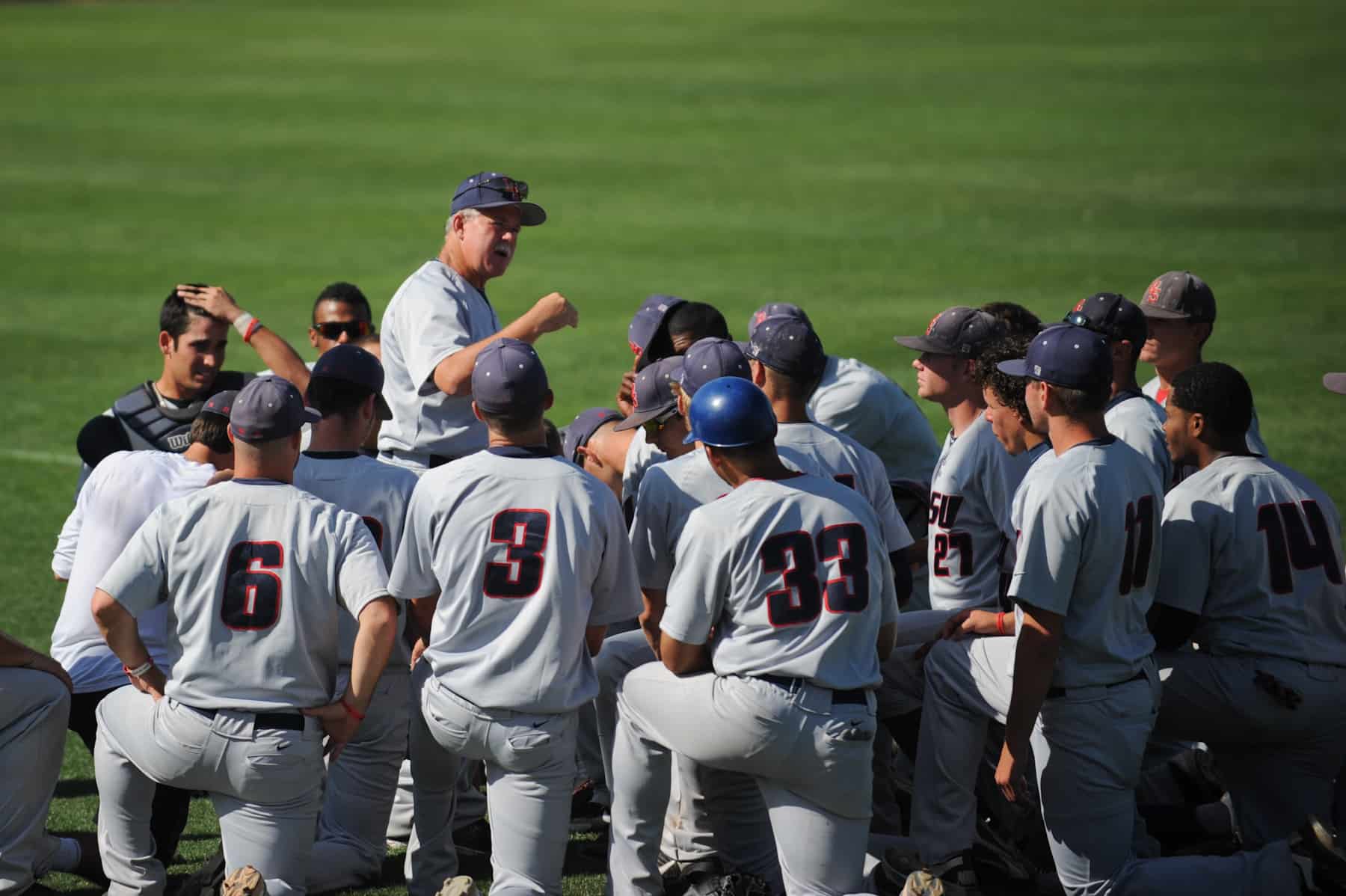 Coach Bradley giving the team instruction at the NAIA Opening Round in Hutchison, Kan. The Hillcats swept the Opening Round in May of 2012 and registered their first NAIA World Series berth. (Photo by Vance Frick)

CLAREMORE, Okla. – Rogers State head baseball coach Ron Bradley has been named the Rawlings-NAIA Regional Coach of the Year for the Plains Region, presented at the 2013 Rawlings-NAIA Hall of Fame and Awards Luncheon at the Chicago Hyatt Regency in Chicago, Ill. The event was part of the annual American Baseball Coaches Association (ABCA) Convention that was held Jan. 3 – 6.

“This award really goes to our team,” Ron Bradley said. “It’s special to me as a coach to see our program have that much success, it is an honor to represent our players and this team.”

Bradley led the Hillcats to its best finish in program history in 2012. In their first appearance at the NAIA World Series, the ninth-seeded Diamond Cats played Cinderella, quickly becoming a fan favorite in Lewiston, Idaho. They posted three come-from-behind victories and tallied a 4-2 record at the tournament. The Diamond Cats knocked off top-ranked and top-seeded LSU-Shreveport and second-seeded Lee (Tenn.), unexpectedly reaching the title game. The Hillcats jumped 21 spots in the final poll in 2012 to come in at No. 2.

“It’s great to see the NAIA recognize him with this prestigious award,” said RSU Director of Athletics Ryan Bradley. “Last season’s success was the culmination of nearly a decade of hard work building the RSU baseball program from scratch. We are grateful for the tremendous impact he’s had on RSU athletics, and more importantly, the lives of the young men in his program.”

The regional coach of the year honor is Bradley’s first in his tenure as the Hillcats’ skipper.  RSU holds an all-time record of 228-136 under Bradley who started the program in 2006. The Hillcats won the Sooner Athletic Conference Tournament championship in 2011 and have made back-to-back trips to the NAIA Opening Round. Two RSU baseball players have been taken in the Major League Baseball Draft, including right-handed pitcher Matt Sample drafted in the 28th round by the Arizona Diamondbacks in 2011 and catcher Lance Rymel selected by Chicago Cubs the 28th round in 2012.