Bronchos pull away for big win in Joplin 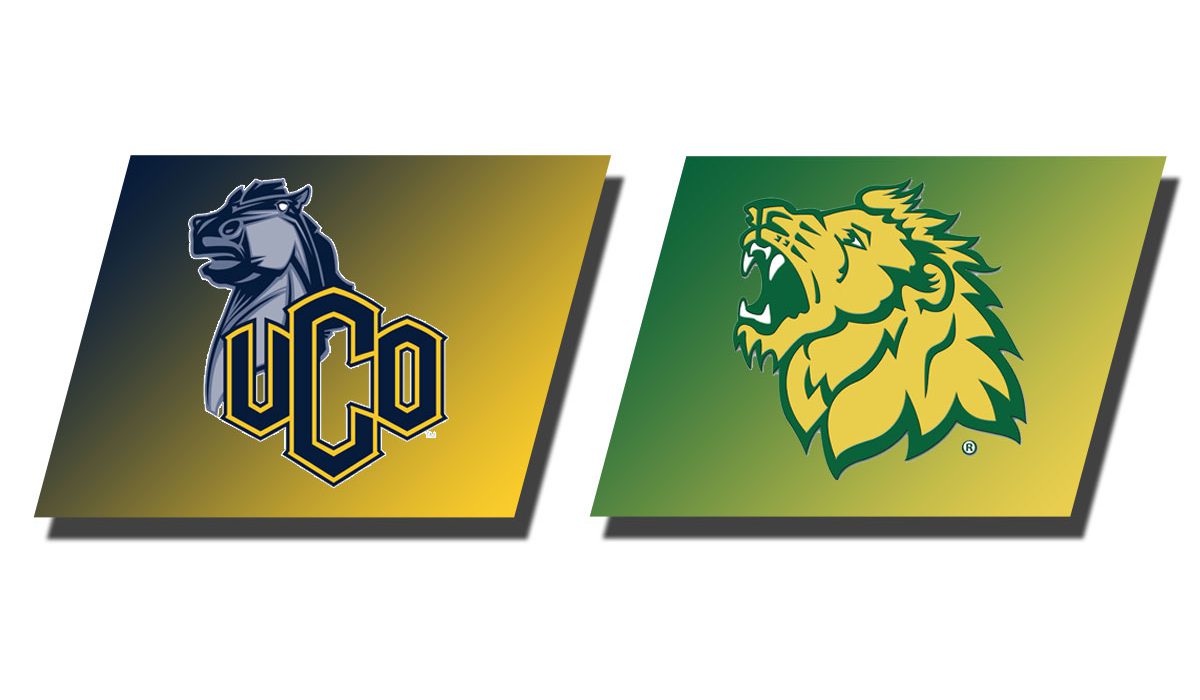 JOPLIN, Mo. – The University of Central Oklahoma scored early and often in a 63-33 rout of Missouri Southern State in Mid-America Intercollegiate Athletics Association action Saturday at Fred G. Hughes Stadium. The Bronchos improved to 4-4 on the season with the win.

“I’m glad we got a win today, because this game wasn’t very pretty early on,” UCO head coach Nick Bobeck said. “We didn’t get off to a good start, but the guys did a good job cleaning up the effort and pulling away with this one.”

Chas Stallard led the Bronchos in a superb game at quarterback. Already holding more than 10 school records, Stallard had one of his best career performances Saturday. The senior from Cleveland was 24 of 27 for 355 yards with two touchdowns. He added eight carries for 48 yards, and for the first time in his illustrious career, caught a three-yard touchdown pass.

The Bronchos used a contingent of players in the run game to lead a balanced offense that totaled 649 yards, the third-most in school history. Both Chandler Garrett and Keats Calhoon got time at quarterback behind Stallard, and UCO finished with 383 yards passing.

Garrett was the leading rusher on the day, tallying 79 yards on eight carries including a 47-yard touchdown run in the first quarter to put the Bronchos up 14-9. Stallard had 48 yards rushing, Josh Crockett added 45 yards on a reverse, and Jake Standlee had 42 yards on 12 carries with three touchdowns. J.T. Luper added 28 yards, Bruce White chipped in 22, and Calhoon had six to give the Bronchos 266 yards on 41 carries.

Luper again led the Bronchos in the receiving game. The senior hauled in 10 passes for 137 yards and one touchdown. He had a handful of short-yardage plays before bursting out with a 73-yard score on the first play of the fourth quarter.

L’liott Curry had four catches for 69 yards, Standlee had four for 35 yards, Basks had four for 33 yards, and Caleb Moss also had four for 17 yards. Josh Crockett had two. He set up a score after making a huge 75-yard catch on the first play of the third quarter.

UCO has won four straight in the series with the MIAA foe just three hours up Interstate-44. The Bronchos have also now scored 63 points in wins over Missouri Southern in each of the past two seasons. Central is averaging 56 points per game against the Lions in the last four wins.

Standlee scored the game’s first points on a 2-yard run just three minutes into the game. UCO had forced a three & out on defense, and then the Bronchos went five plays for 62 yards to go up 7-0.

Missouri Southern notched a field goal on the next drive to make it 7-3, and after forcing and recovering a fumble on the kickoff, scored a touchdown four plays later to go ahead. UCO did block the PAT though, and the Bronchos held a 9-7 lead with 7:09 to play in the first.

After four plays for just over 20 yards of offense, Garrett checked into the game at quarterback. The redshirt freshman ran a familiar play to the right side of the line, but broke a couple of tackles and took off to the races for a 47-yard score to put the Bronchos back in the lead. UCO did not trail again.

Stallard scored on a touchdown pass from Luper with 21 seconds left in the first quarter to put UCO up 21-9. Missouri Southern showed its best performance in scoring a second field goal, and a second touchdown to close the gap to 21-19 with 9:05 to play in the half. But a second Standlee touchdown with 3:37 to go made it 28-19, then Basks scored his first career touchdown with 38 seconds left to make it 35-19.

After Crockett’s 75-yard catch to start the third quarter, Standlee found the end zone for the third time in the game to make it 42-19. Crockett then scored on a 45-yard reverse play to make it 49-19.

In the fourth, Luper hauled in his 73-yard score before Missouri Southern put together a 6-play, 75-yard scoring drive to make it 56-26. Basks scored again on a 9-yard shovel pass from Calhoon with five minutes to play. And Southern scored again with 55 seconds left to make it 63-33.

The Bronchos played a pressure packed game on defense despite allowing Missouri Southern to eclipse the 30-point mark for the first time this season. O’Shay Harris led the team with 12 tackles and an interception. Colton Lindsey had seven tackles and a pass break-up. Lindsey nearly had an interception on one of Missouri Southern’s first-quarter scoring drive, but he and teammate Malik Walker ran into each other going for the ball and neither caught it. Alex Figueroa also had seven tackles for the Bronchos, and made an assisted stop behind the line to extend his team-lead for tackles behind the line of scrimmage. UCO made six tackles for a loss Saturday, and had nine total pass deflections.

The Bronchos return to Wantland Stadium in Week 9 for the final home game of the 2017 season. UCO hosts Central Missouri on Saturday, Oct. 28 at 2 p.m. The Bronchos will honor 21 seniors before the game next week. UCO plays at Washburn and at Northeastern State in its final two games of the season in November.