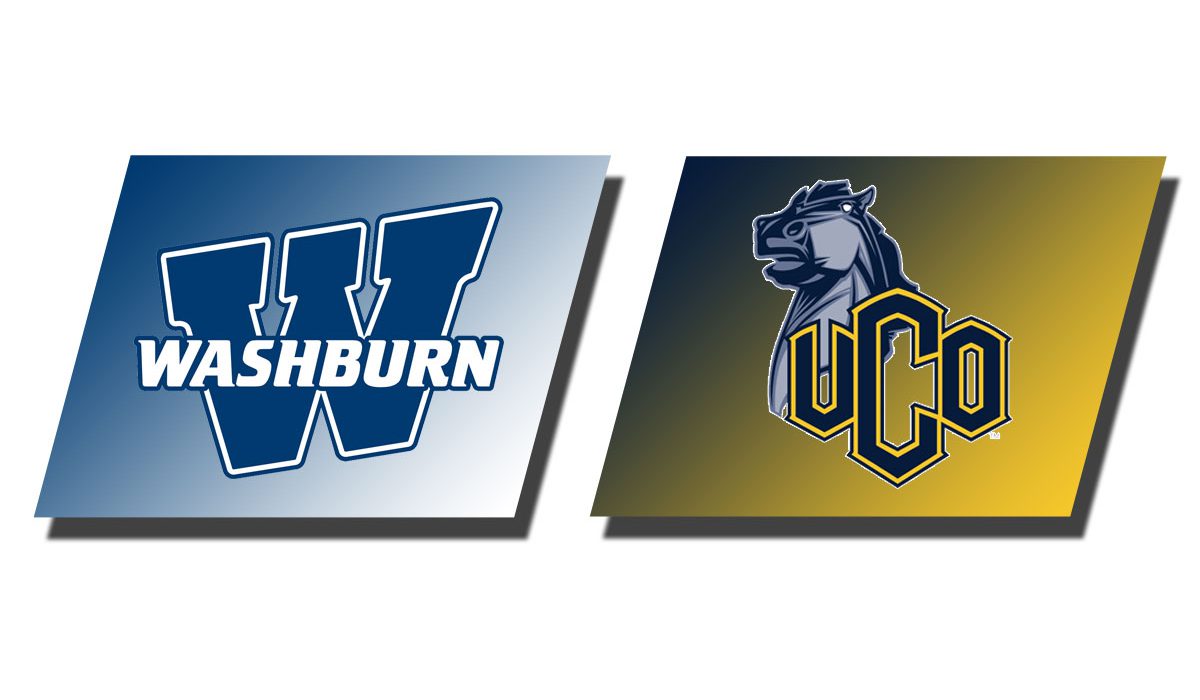 The Bronchos are now 5-3 on the season and remain in fourth-place in the MIAA. Washburn dropped to 4-4 with the loss.

“I was really proud of the team today for playing consistent,” UCO head football coach Nick Bobeck said after the game. “We dipped down just a little bit in the second quarter, but the team responded well in the second half with a great performance.”

UCO Saturday pitched its first shutout since Oct. 4, 2014. The Broncho defense held Washburn to only 231 total yards of offense, a season low. The Ichabods managed 100 yards on the ground and 131 through the air.

Central forced one turnover, an early fumble, but also held Washburn to just 2-for-6 on fourth-down attempts.

Kolby Underwood, Colton Lindsey, and Dillon Hall all led the defensive effort for the Bronchos, each making eight tackles. Underwood forced the fumble in the first quarter. After Jeremiah Hill recovered, the Bronchos earned three of its 34 points on the day. Underwood also had one tackle for a loss Saturday. Lindsey, the team’s leading tackler on the season, added a pass break-up.

Noble Lybrand made two tackles on the day, including the D’s only sack. Eli Hooks added another tackle behind the line of scrimmage to go with Lybrand and Underwood’s stops. Hill and Tyrell Cummings also chipped in with a stop in the backfield.

UCO’s offense wasted no time getting going Saturday. The Bronchos took the opening possession 9-plays, 75-yards in 3:50 to strike first.

Clay McKenzie ran the ball three times on the first four plays of the game. The third, an 8-yard scamper to the Washburn 10-yard line, gave the sixth-year senior from Callisburg, Texas more than 3,000 career rushing yards. McKenzie is the eighth player in UCO history to achieve the milestone.

Central quarterback Will Collins, who connected with Mekail Hall for a big 40-yard gain on the second play of the day, found Ronald Monroe in the front corner of the end zone for a 7-yard touchdown pass to make it 7-0 UCO in the first quarter.

UCO got the ball back quickly, forcing Washburn to punt after only seven plays, and drove down the field in a hurry again. Hall had a 37-yard gain through the air – again on the second play of the drive – to jumpstart the Bronchos. Central got all the way to the Washburn 3-yard line before settling for a field goal that made it 10-0.

UCO kicked another field goal on the first play of the second quarter to go up 13-0. It stayed that way throughout the second frame.

In the second half though, Central’s offense found a stride.

The Bronchos forced a punt on Washburn’s first second-half possession, and went down the field in six plays (3:01) to find the end zone again. This time it was McKenzie, who punched in a 2-yard score to make it 20-0. McKenzie’s rushing touchdown was the 40th of his career, which is tied for third-most in school history.

UCO’s defense back on the field, forced another punt, this time a three & out. And despite a penalty that left the Bronchos a starting field position of its own 10-yard line, Central’s offense didn’t waver.

After a 2-yard run by McKenzie on the first play of the drive, Collins would go on a brief terror of five straight completions to put UCO up 27-0.

He found Dustin Basks for a 7-yard gain. Johnny Bizzell for a 13-yard gain. Basks again for a yard. Ronnie Turner for an 11-yard gain. And then Basks for a third time on the drive and the final time, as the junior receiver darted past the secondary and hauled in a 56-yard touchdown score.

Collins added a 4-yard touchdown run in the fourth quarter to make it 34-0.

He finished the day 19-for-24 passing with 282 yards and two touchdowns and added seven carries for 29 yards and a score.

Justin Curry was the leading rusher on the day for the Bronchos. He finished with 48 yards on 13 carries. McKenzie had 35 yards on 14 carries and a touchdown.

Basks was the top receiver on the day, hauling in seven passes for 105 yards and the score. Hall had five catches for 111 yards.

Central Oklahoma will play its next two games on the road. The Bronchos visit winless Missouri Southern next Saturday in Joplin, Mo. and will play Northeastern State – also winless – the following Saturday in Tahlequah. MSSU and NSU played late Saturday.

UCO will close out the 2018 regular season on Saturday, Nov. 10 against Emporia State.