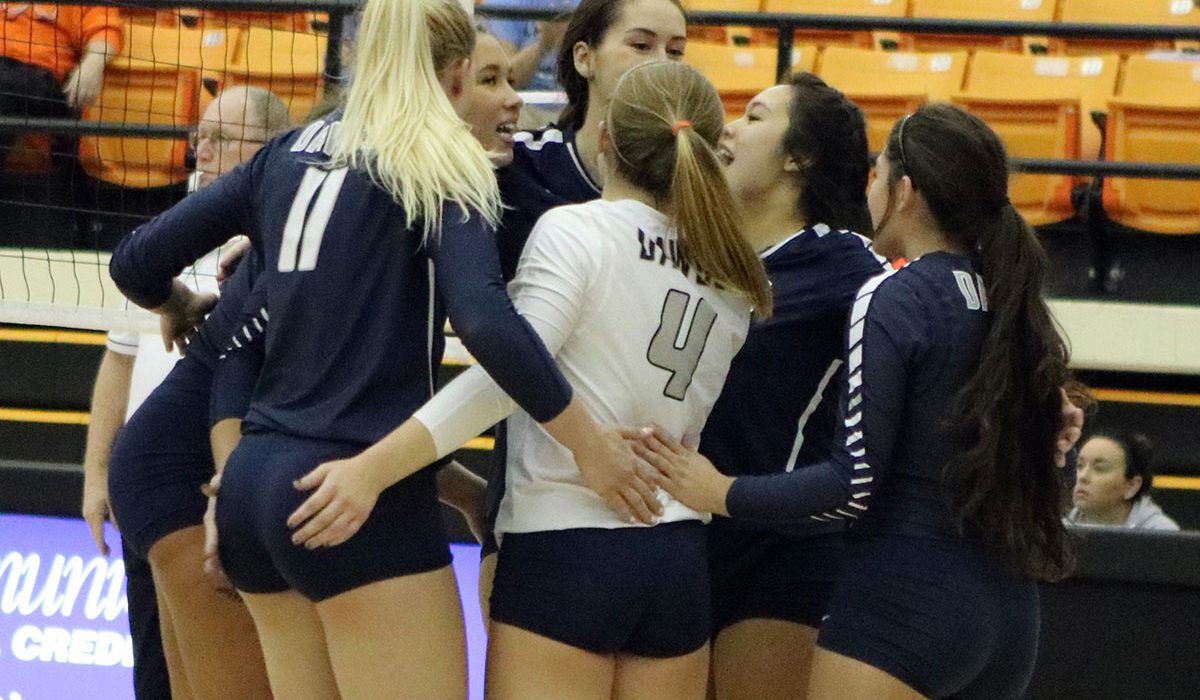 ADA – Emily Holm put away a match-high 14 kills, including four straight to close out the third set as SWOSU Volleyball completed a season-sweep of East Central on Thursday evening at the Kerr Activity Center in Ada.

With the victory, the Bulldogs improve to 19-5 on the season and 12-2 in Great American Conference play, where they sit alone in second place with two matches to play in the regular season.

SWOSU overcame an early deficit in the first set and held the Tigers off by at least three points the rest of the way before getting a kill by Jenny Tackett followed by an ace from Kodee Avery to finish the set off at 25-20. The second set saw the Dawgs jump out to an early 7-2 lead before ECU came back midway through the set and used a 5-0 run to take the lead briefly at 13-12. From that point, Sofia Gruden took control and put SWOSU back on top with a pair of kills that jumpstarted the final run, which ended with a kill by Tackett at 25-18.

The third set was a rollercoaster for the Dawgs, who fell behind 6-3 before an 8-0 run that featured four kills by Holm put SWOSU on top 16-10. That lead would not last long, however, as the scrappy Tigers rallied back and took the lead at 23-21. With ECU threatening to take the set and extend the match, Holm rotated back to the front row and finished things off with four consecutive kills, ending the set at 25-23 and the match 3-0.

Holm led the way for the Bulldogs with 14 kills, hitting .333 for the match, but doing most of her damage in the third set where she had eight kills without a hitting error on just 12 swings. Gruden had an efficient night with seven kills on 19 attempts for a .368 attack percentage, while Tackett totaled eight kills and Addie Aman chipped in with seven.

Allie Hoang finished with a double-double of 32 assists and matching Kaitlyn Dillon for team-high honors with 16 digs. Gruden recorded a team-leading five blocks while Avery and Sophia DeSantiago had two aces apiece to lead the Dawgs.

SWOSU will return home to the Pioneer Cellular Event Center one final time in the 2018 season as they host Southern Nazarene on Tuesday evening at 7:00 pm for Senior Night.