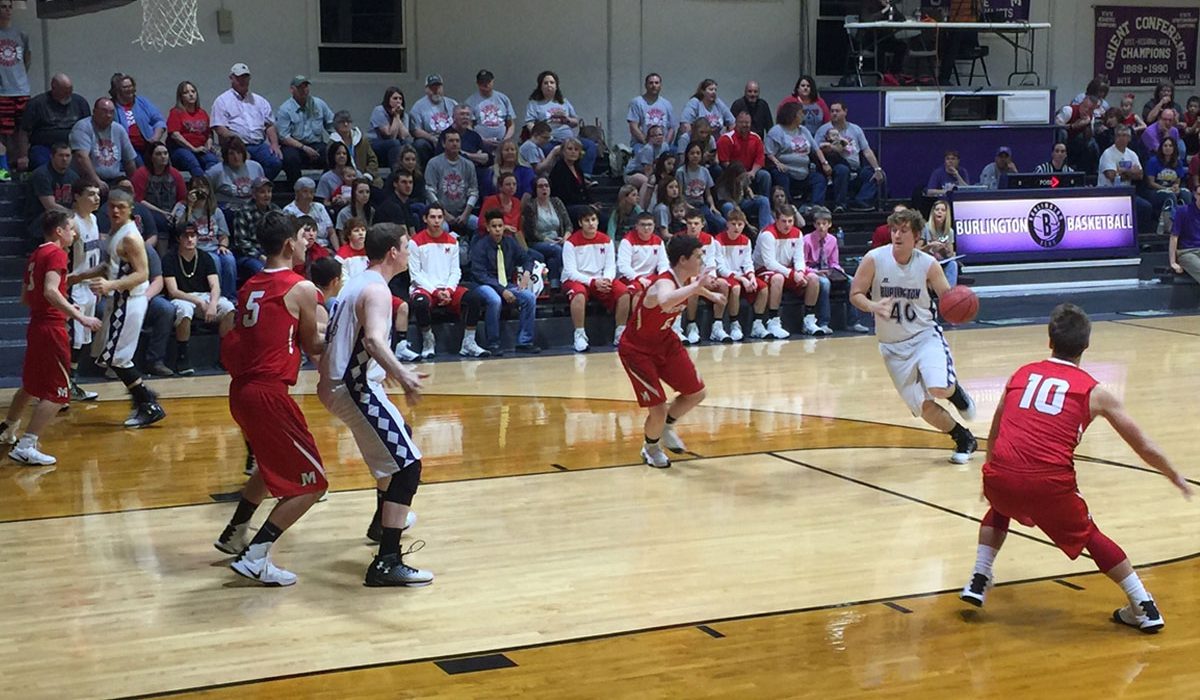 The Burlington Elks defeated the Medford Cardinals in the district final on Saturday night, by a whopping 70 -28.

The Elks set the tempo very early in the game. From the tip they dominated and never seemed to let off the gas.

The Elks started clicking offensively out of the gate, supported by their airtight defense causing several Cardinal turnovers leading to baskets. The Elks capped off the first quarter with a thrilling buzzer beater from Ben Ryerson.

The second quarter was somewhat similar to the first, due to the fact that the Elks still controlled the scoreboard. Tanner Rieger from the Elks displayed a great sense of vision by throwing a perfectly timed ally-oop pass to his teammate for a flashy lay-up.

A few possessions later, the Elks’ Ben Ryerson showed off his strong defensive presence with a powerful block. The scoring onslaught continued for the Elks with the score sitting at 28-10 with just more than two minutes remaining in the quarter and by the end of the half the score was 40-12.

Both teams came out a little flat during the start of the third quarter with turnovers and missed shots coming from both teams. Sloppy play continued for several minutes until Deacon Burleson of the Elks pick-pocketed a Cardinal player and took it the length of the Court for an easy fast break lay up. By the end of three, the score was 58-19.

The fourth quarter was more or less the icing on the cake for the Elks. It was very clear what the outcome of the game would be. At the end of the game the score came out 70-28 with the Burlington Elks on top.

With this win, the Elks became District Champions and are headed to their next playoff game against Covington Douglas High School’s Wildcats this Thursday at Medford High School.