Busy week for many teams as H.S. basketball hits the court again in new year 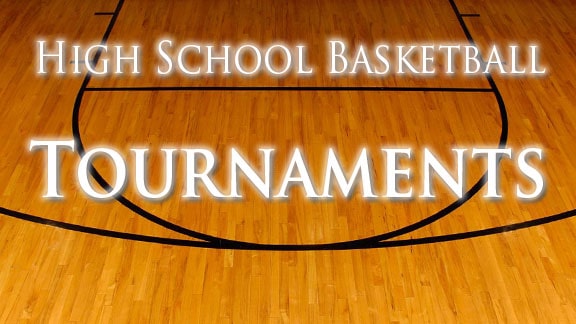 For many high school basketball players and coaches, the Christmas break provided a well-needed rest.  But it is time for that rest to be done and to get back to business.

High school basketball kicks into full gear again in the first full week of January as school starts back up across the state.  Classes get back in session on Monday in many places and at least by Tuesday almost everywhere else.

This is also an OSSAA sanctioned week for tournaments as well.  Some will be played out over five or six days, while others will take place in a three-day period.

And if you can get tourney time taken care of in three days, then there is room in the week for more games.  As many as five total.

The Alva Ladybugs were one of a number of teams participating in tournaments during the Christmas break.  Alva won the Bertha Frank Teague Mid-America Classic, defeating Anadarko on New Year’s Eve.

After the championship games, coach Eric Smith said the tournament victory in late December was big, but that there is much more basketball to be played.

“Close to the midway point, as a team, you think winning in a tournament like is great, which it is, but you want to be satisfied,” Smith said.  “We still have to be humble; we have to be hungry.

“We have five games next week, which is crazy.  We go to Pond Creek-Hunter, I think they’re No. 4 in Class A.  And then we’ve got Blackwell on Tuesday, and then the Wheat Capital Tournament with our arch-rivals Fairview and Chisholm in that. So it’s going to be a tough week.

“We’ve got to rest up.  We’re kind of banged up and had people sick and they competed.  It’s just one of those deals that you’re proud of what they did, but we’ve got to keep pushing. We’ve got to get better and better.”