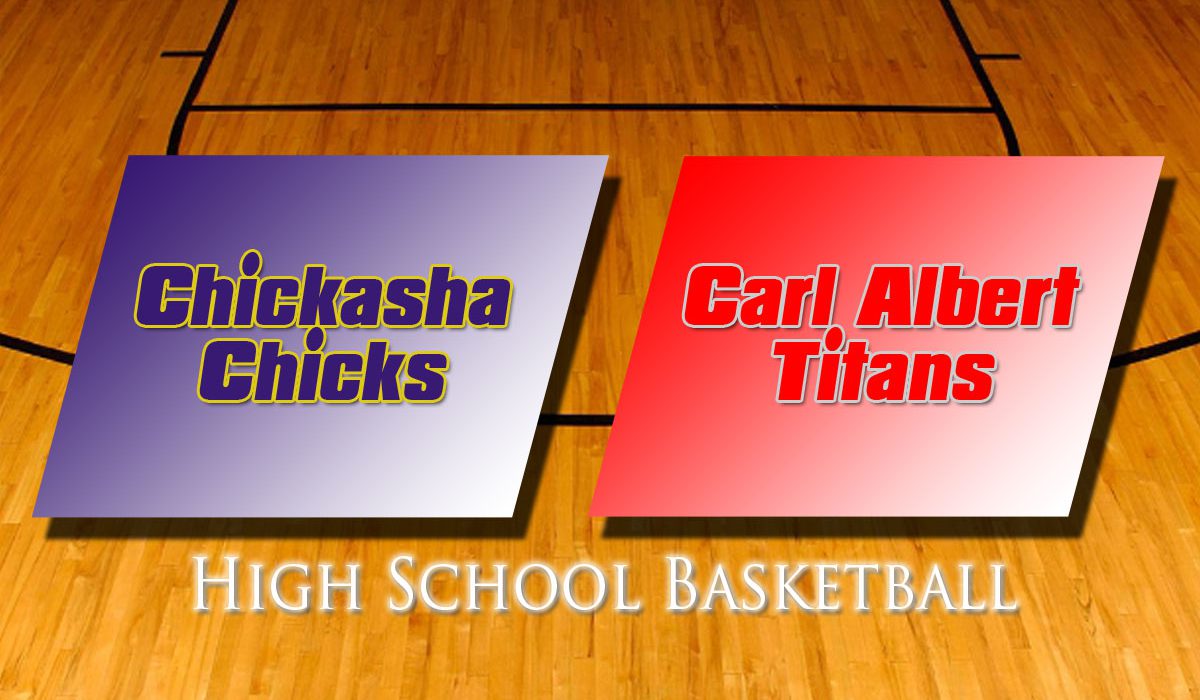 MIDWEST CITY – The No. 1 Carl Albert Titans continue their quest for back-to-back 5A state titles as they took down cross division opponent Chickasha, 96-74, on Tuesday night. With the win, the Titans stretch their winning streak to five.

Carl Albert relied on their sheer speed and athleticism to pull out the win combining a relentless full-court press defense and consistent shooting from beyond the arc to pull ahead from the Chicks. Carl Albert put 15 three-pointers on the scoreboard. Ten of those shots from downtown came from Trey Hopkins and Mason Harrell who totaled 31 points and 35 points, respectively.

Some things did go well for Chickasha as Magyver Boles led the Chicks with 20 points. Brock Henderson added to the score with 15 points. Also, once Chickasha broke the Carl Albert press, the Chicks were quite efficient on offense. In the first quarter, there were three lead changes and two ties.

Unfortunately for the Chicks, they never got a chance to keep it close after the first quarter. The Titans took advantage of their press defense and put up 17 unanswered points spanning across the first and second quarters. Carl Albert never looked back as they led by 20 going into halftime.

Carl Albert improves to a record of 19-1 with their lone loss on the season coming at the hands of 6A power, Edmond North. Chickasha falls to a record of 12-6. The Titans will return to 5A play and travel to No. 3 ranked El Reno for a titanic clash between title contenders. Chickasha returns to their home court to take on Shawnee. Both games are on Friday.