Cavs and Stars move on to the NAIA softball world series 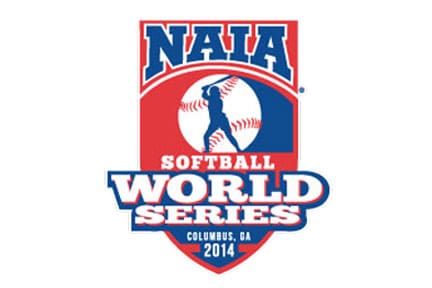 St. Gregory’s and Oklahoma City have been among the top teams in the country all season long.

That the two teams would make it through the respective regional brackets that each hosted and into the 2014 NAIA Softball World Series should not be a surprise.

No. 6 St. Gregory’s struggled in its opener with Concordia (Neb.), but escaped with a 4-3 win.  The Cavs then shut out No. 15 Belhaven, 5-0, to advance to the regional championship.

The second seed wouldn’t go away easily.  Belhaven defeated SGU, 8-7, to force the “if necessary” game.  St. Gregory’s trailed 5-0 after four, but came to life in the fifth inning, scoring 10 runs in the frame and would hold on for a 10-8 victory.

SGU has now reached the NAIA world series for the second time in three years and first under coach D.J. Sanchez.  It is the Cavs’ sixth appearance overall.

No. 16 OCU was the second seed in its region, but came through not only without a loss, but also without giving up a run.

The Stars blanked Kansas Wesleyan, 8-0, in five innings.  Oklahoma City then dispatched No. 7 and top seeded Spring Hill (Ala.), 1-0 to reach the championship game, where the Stars eliminated the Badgers, 4-0.

OCU is making its 23rd consecutive appearance in the world series and 29th overall – the other programs in the 10-team field combine for 29 previous appearances.  The Stars have won the title eight times – no other program in this year’s bracket has a championship on the resume.

The event will take place May 23-29 at the South Commons Softball Complex in Columbus, Ga., home to the 1998 Summer Olympic Games.