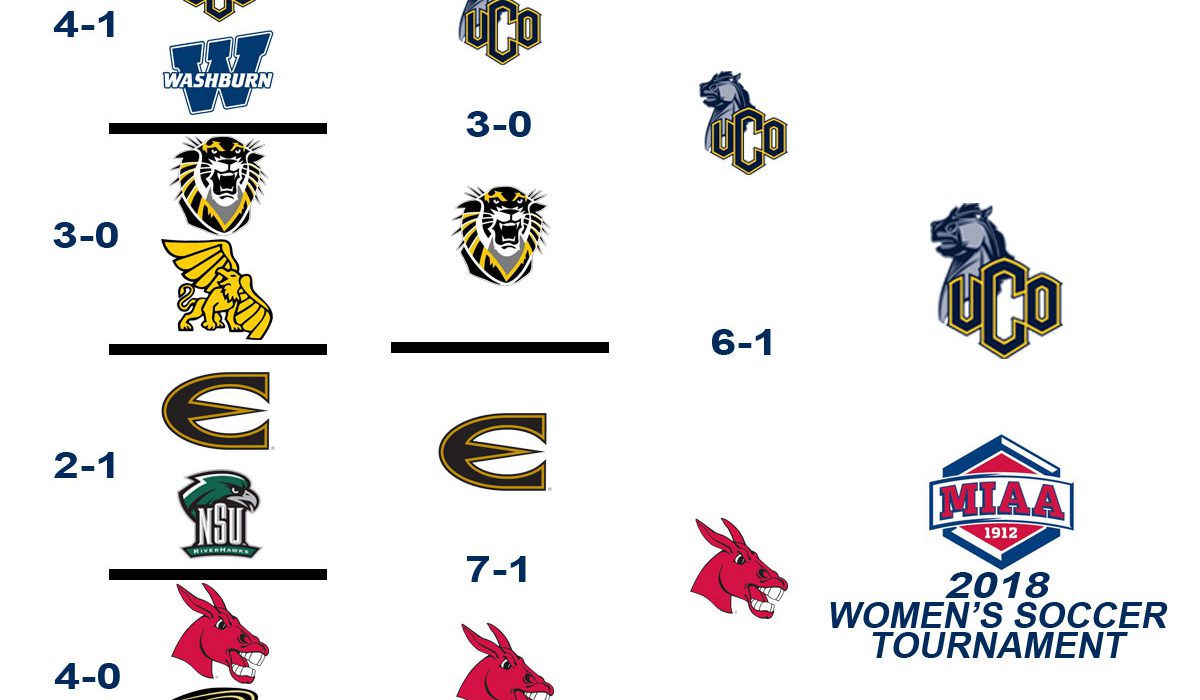 “This team fought so hard for this,” UCO head coach Mike Cook said. “For them to go out there and give this kind of an effort on this stage was huge. I’m proud of each and every one of them for the way they fought and the way they played and for their accomplishment. It’s a great team accomplishment.”

The win was actually a come-from-behind win for the Bronchos, who are now 20-1 on the season.

Central Missouri scored their only goal of the game within ten seconds of start time. Makayla Toth got a shot right in front of the net off of a deflected cross by Jada Scott to make it 1-0 Central Missouri in what seemed like the blink of an eye.

UCO then began a run that wouldn’t allow the Jennies to score another goal.

Senior Katie Killion, the league’s Offensive Player of the Year, got her 27th goal on the season in the 21st minute off of a fast break. About six yards out, Morgan Cherry found Killion in front of the net for the easy shot.

Greer got herself another goal in the 36th minute off of a beautiful header from a corner kick by Kelsie Eason.

MIAA Freshman of the Year Taryn Kedzior wanted in on the action and got that, scoring the fifth goal for UCO off of a killer shot from 40 yards out right over the goalies’ hands, assisted by Ashley Snider. That made it 5-1 Bronchos in the first half.

Killion and Cherry swapped roles for the final goal of the game right out of the halftime break. In the 47th minute, Cherry got a shot right in front of the net from a short cross by Killion.

Senior goalkeeper Ally Salls played all 90 minutes, only allowing one goal and having one save on the game. It was another dominating performance by one of the best defenses in the country. The Bronchos only allowed eight Central Missouri shots on the day. UCO outshot UCM 34-8.

The Bronchos advance to the NCAA Central Regionals beginning Friday, Nov. 9, earning the MIAA’s automatic bid to the postseason. The NCAA Selection Show will air on ncaa.com Monday at 5:30 p.m. (CT) and reveal if the Bronchos will host the first and second round of the national tournament and who UCO will play.