Oklahoma Recruiting: A Change of Heart 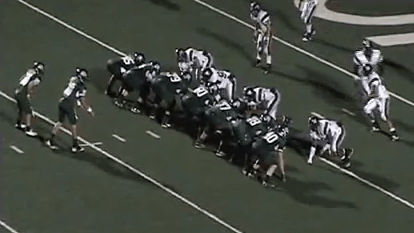 Oklahoma’s 11th verbal commitment for the 2012 class was not what fans had expected.  The Sooners seemed to be hot on the trail of the top quaterback in the nation (Gunner Kiel) just a few weeks ago.  After an amazing turn of events, they have now received a verbal commitment from Trevor Knight.  Knight made a verbal commit to the Texas A&M Aggies back in the spring but has now changed his mind and is moving forward with the Sooners after a recent trip to Norman.  He should be the only quaterback the Sooners take in this years class.  This recruiting story has had several twists and turns the last few weeks.

We had recently reported on the Sooners attempt to land Kiel in a  recruiting update on July 1st.  So it came as a shock to find out that Knight was now their man.  It is still unknown as to why Oklahoma went away from Kiel, seeing that he is still uncommitted.  What is easy to see is the ability that Trevor will be bringing to the quaterback position at OU.  The past three quaterbacks that the Sooners have picked up have all been dual threat prospects.  Blake Bell, Kendal Thompson and now Trevor Knight all have the ability to run and create when the play breaks down.  Could Stoops be opening things up a bit and allowing these guys to show off their natural running ability?  Will we see a more mobile quaterback in the Oklahoma backfield the next few years?  Only time will answer those questions but for now lets take a look at the Sooners most recent commit.

Here is one of Knight’s highlight videos. This video really shows off some nice touch on his passes, as well as the speed to get into the end zone.

Trevor Knight Breakdown: A few things really stand out in this video.  He has the ability to run but likes to use his feet to set up throws down the field.  I noticed that several times in the video his linemen missed some blocks but with a defender in his face Trevor was able to make the right throw down the field.  While his arm strength doesn’t blow you away he has some nice long throws down the field.  He seems to see the field and make good decisions.

While it may be a little early to make this comparison, I saw flashes of his soon to be position coach and offensive coordinator.  I remember Coach Heupel’s uncanny ability to see the field and use his feet to create throws on the run.   All in all he looks to be another great commitment in what’s turning out to be a solid class.