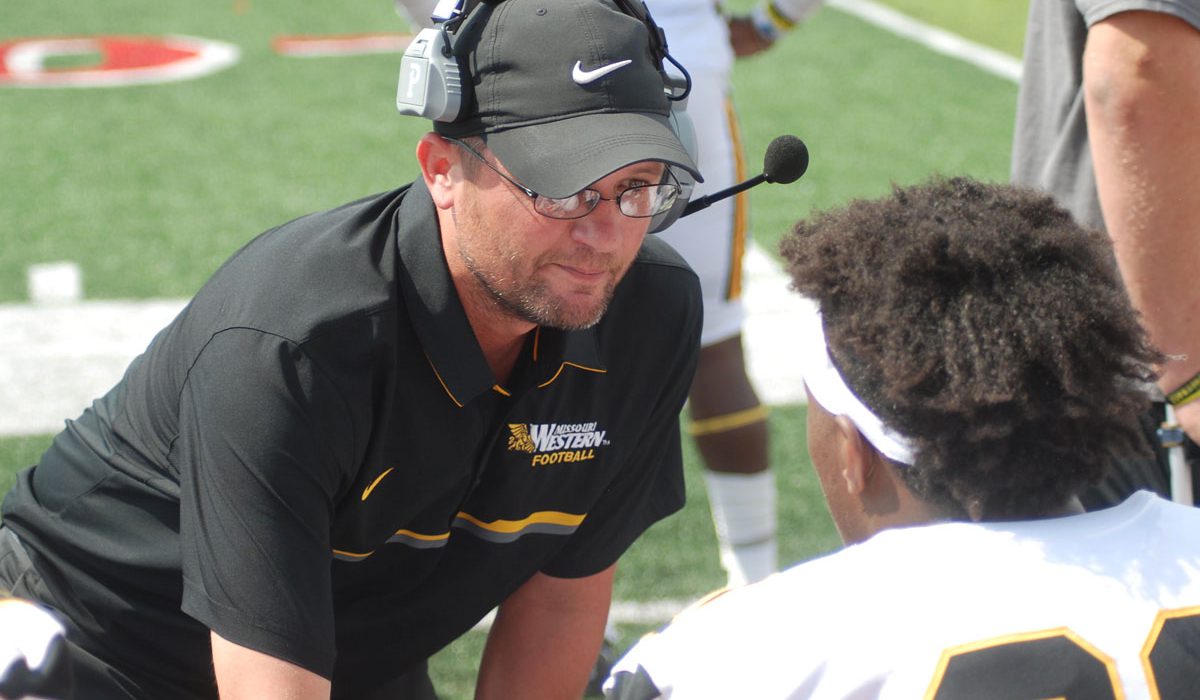 WEATHERFORD – SWOSU Athletic Director Todd Thurman announced Monday that Chet Pobolish has been appointed as the new Head Football Coach at Southwestern Oklahoma State University. Pobolish becomes the 22nd person to hold the position in the 109-year history of the Bulldog Football program.

Chet Pobolish brings 17 years of collegiate coaching experience to SWOSU, most recently serving as the Offensive Coordinator and Quarterbacks Coach at Missouri Western State University during the 2017 season. He also has NCAA Division II experience with stints at Delta State and Emporia State before he spent four seasons coaching at Southeastern Louisiana University, an FCS school and member of the Southland Conference.

“We are excited to welcome Chet Pobolish to the Southwestern Oklahoma State University family as our new Head Football Coach,” Thurman said. “Chet was somebody who stood out to our search committee very early on and we are pleased that he will become a Bulldog. His coaching experience of coordinating offense and special teams at the NCAA Division II and FCS levels along with his knowledge of our region makes him a perfect fit for our department. We could not be more thrilled to get Chet and his family to Weatherford to lead our football program.”

A press conference to introduce Pobolish will be held next week, with exact time and date to be announced following Thanksgiving break.

“I’m very thankful for Coach Thurman and Southwestern Oklahoma State University allowing me the opportunity to be a Head Football Coach,” Pobolish said. “As soon as I arrived in Weatherford and stepped on campus, I felt welcome and it really had that family atmosphere that I look forward to joining along with my wife Holly and our daughter Lauran. I feel like it’s an exciting time to be a part of the program at SWOSU and I think we can recruit good kids into our program and take this football program to the next level.”

In his lone season at Missouri Western, Pobolish guided an offense that ranked second in the MIAA with 216.7 rushing yards per game while scoring 28.1 points per game. In addition, the Griffons placed five players on the All-MIAA postseason awards list. Prior to Missouri Western, Pobolish coached at the NCAA Division I FCS level for four years at Southeastern Louisiana University. In his time at SLU, he was the Special Teams Coordinator and Offensive Coordinator before being promoted to Assistant Head Coach during his last year.

“I would like to welcome Coach Pobolish and his family to the Weatherford community and Southwestern Oklahoma State University,” SWOSU President Randy Beutler said. “We are very fortunate to be adding a coach of his caliber to our staff and we look forward to watching our program flourish under his leadership.”

Pobolish moved up to the FCS level after spending five seasons on a very successful staff at Delta State, where he coached the wide receivers and served as the Statesmen’s Special Teams coordinator. He helped DSU to four Gulf South Conference titles and four NCAA Playoff appearances, including an appearance in the 2010 NCAA Division II National Championship game.

After playing for four seasons at Emporia State, Pobolish began his coaching career at his alma mater from 1999-03. The Hornets won the MIAA and qualified for the NCAA Playoffs in 2003 and Pobolish coached a Harlon Hill finalist and two All-Americans during his five years at ESU. As a student-athlete at Emporia State, Pobolish was a four-time All-MIAA wide receiver and three-time captain for the Hornets. In 1996, he teamed with running back Brian Shay for an NCAA Division II record for most All-Purpose yards by two players.

“I would like to say a special thank you to our search committee, who worked tirelessly the past few weeks to help us find our new head football coach,” Thurman added. “Their efforts made it possible for us to work quickly and find an established coaching veteran like Chet Pobolish, who is ready to take over our program and hit the ground running in prime recruiting season.”

A native of Moundsville, West Virginia, Pobolish earned a Bachelor’s degree of Integrated Studies from Emporia State in 2000. He and his wife, Holly, have one daughter, Lauran.