Class 2A State: Latta controls tempo to take another title 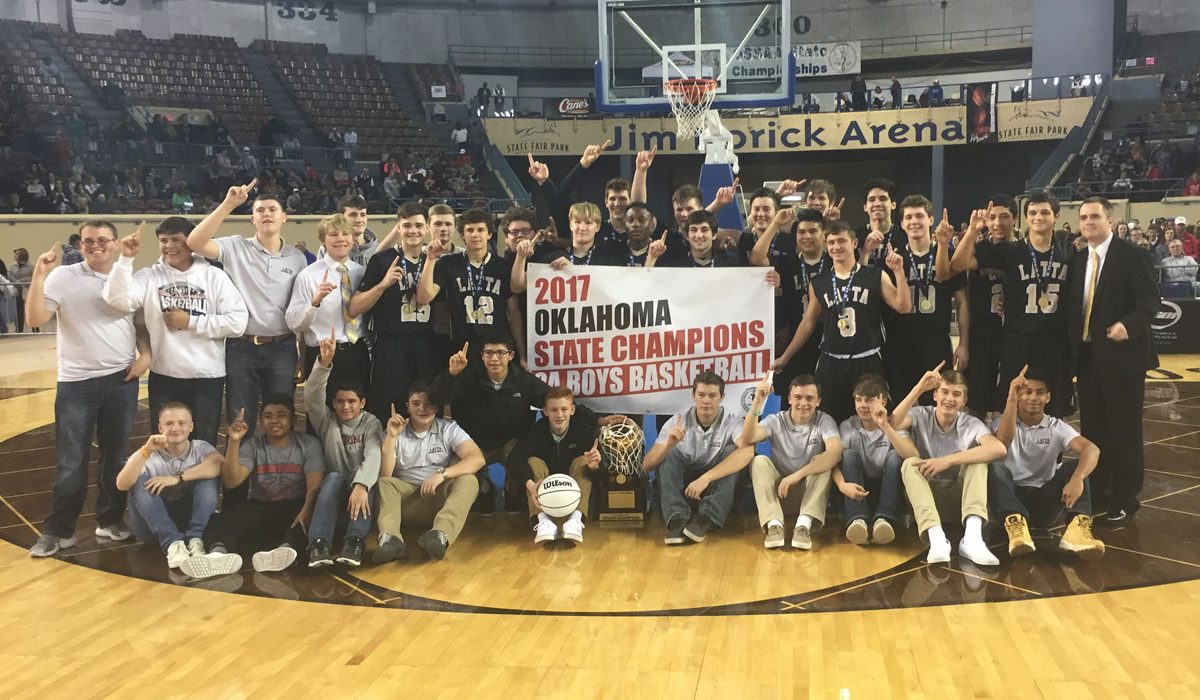 OKLAHOMA CITY – A posterizing dunk by Trent Smith put the game of reach of Heritage comeback. The Panthers played their pace-controlled game and beat the Crusaders of Christian Heritage, 48-36, to win its third state title in five years.

This was Latta’s first state championship since 2014 and the third all time. All three titles have come in this decade.

The Panthers were led by Dustin West, who led all scorers with 16 points. Backing up West was Adam Jordan and Trent Smith with 13 and 11 points, respectively.

The Crusaders would keep it close in the first half. Answering Latta’s shots with their own and making 92 percent of their first half free throws, Heritage would keep the game at a one possession game going into the break.

The Crusaders were led by Joe Cortesio who recorded 11 points. CHA also had Caleb Clark score nine points along with Zack Hale and Clay Buchanan who each had six points.

The first quarter saw little action to start. No baskets were made in the first three minutes of play. That is when West went to work scoring his first four points. Smith also supplied a three-pointer.

Latta used its method of wearing down defenses with time well in the first half. The long possession game took its toll early on Heritage and the Panthers caught them sleeping on a Parnacher to Ott alley-oop in the second quarter.

CHA came out swinging in the second half. A 5-0 run would give the Crusaders their first lead of the game at 23-22. Latta would make that small lead feel like a distant memory in the following moments. The Panthers answered with their own 10-0 run.

Leading by nine in the final period, Latta put on the gas. The Panthers held the Crusaders to only four points and put up nine insurance points in the fourth to hold off any comeback.