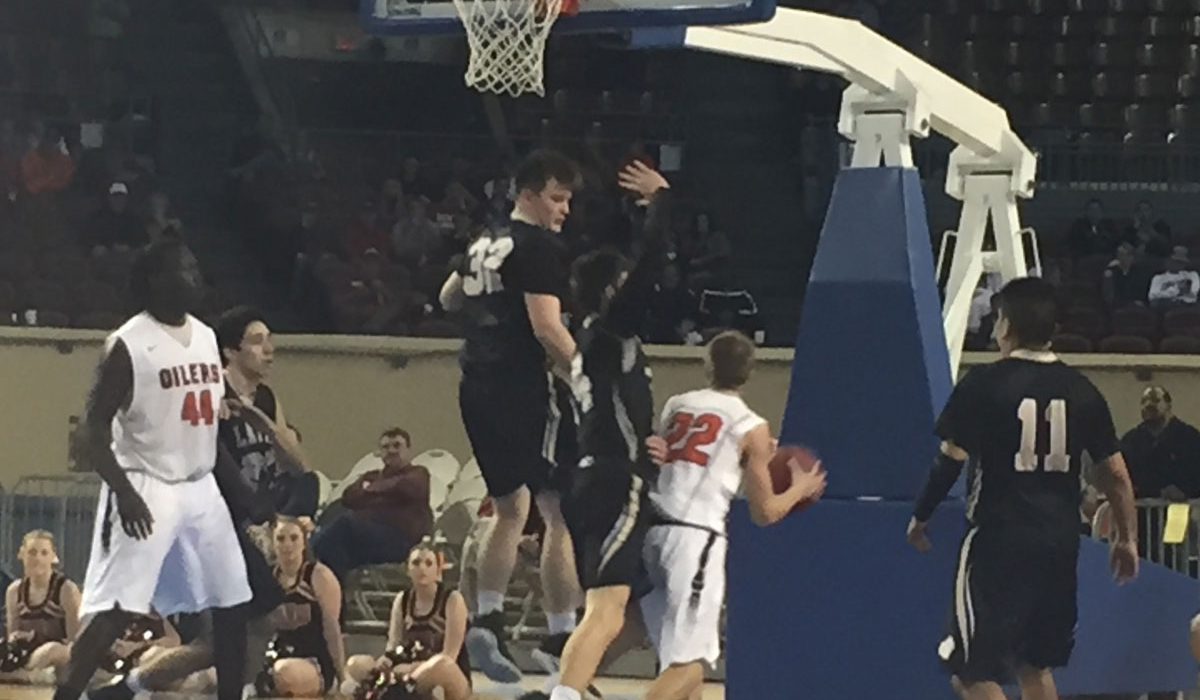 OKLAHOMA CITY – On a possession that lasted nearly a minute of game clock, Isaiah Ott sunk a shot he will remember forever. Ott’s layup with five seconds left propelled the Latta Panthers past the Merritt Oilers, 34-32, inside the Big House on Friday Afternoon. Latta will play on Championship Saturday for the 2A Boys Basketball State Championship.

The Latta Panthers were led by junior guard Trent Smith, who recorded 13 points and all three of the Panthers’ blocks. Smith was joined by Ott with six points and Kele Parnacher with seven.

In the first half Latta’s lifeblood ran through Smith who scored nine of his 13 points in the two quarters. That was also half of the Panthers’ total points before the break. Smith also record two blocks in the first quarter.

The Oilers were led by Tanner Mong, who led all scorers with 20 points. He was the only Merritt player to score double digits as the closest scorer to Mong was Luak Tut who finished with six.

On the other end of the court, Tut was mostly held in check by the Latta defense. Tut did manage to record 4 first half points. The Panthers offense started to click in the second quarter, stringing together a 7-1 run to start the second period.

Both teams saw a little more life on the scoreboard in the final period of play. The fourth quarter opened with two three pointers back to back followed by a Latta layup. Long possessions were the theme of the second half with neither team able to get defensive rebounds.

Merritt did have an opportunity to answer Ott’s go-ahead score, but a five-second violation sank that hope. Latta’s Dustin West put in one free throw to make it a two-point game. A final desperation heave by Mong fell short and the Panthers celebrated.

The Merritt Oilers finish their season with a 26-1 record and ranked No. 3. Latta will play in the state title game on Saturday against the No. 14 ranked Christian Heritage Crusaders at 10:30 a.m. in the Big House.