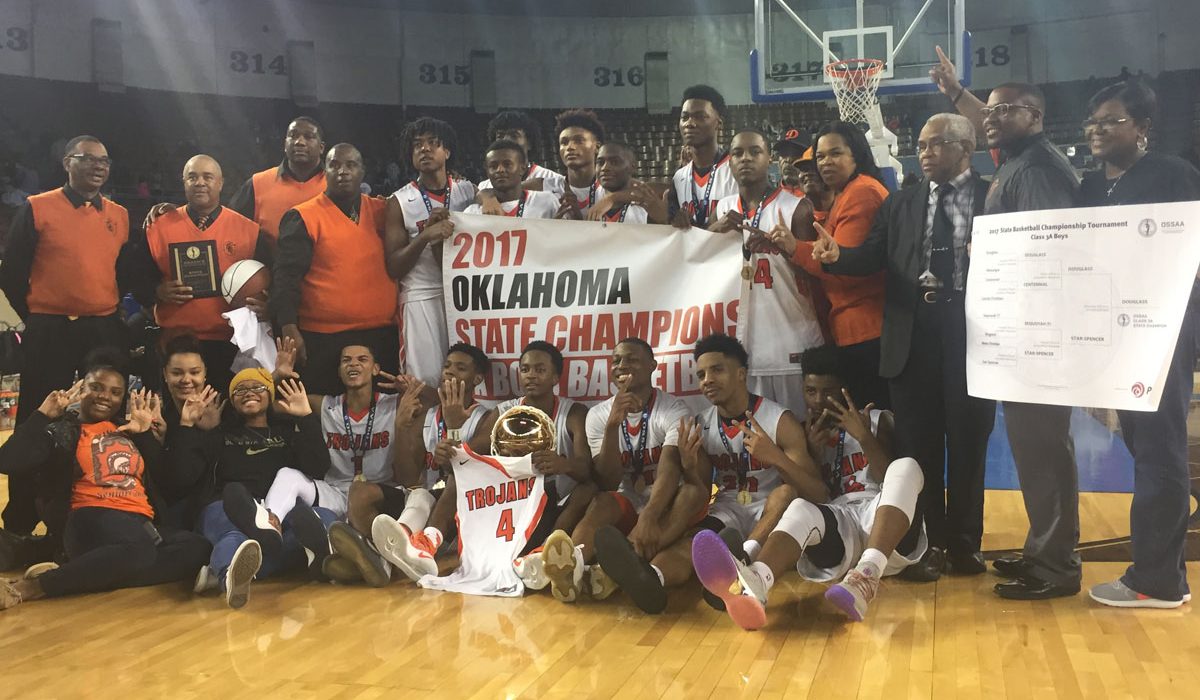 OKLAHOMA CITY – It definitely was not easy for the Douglass Trojans to return to the Big House in a new class. The Trojans had to deal with fellow newcomer to 3A, a pesky Star Spencer team, who would just not go away to win a 62-56 thriller in Jim Norick Arena on Saturday afternoon.

All it took was a few misses by the Bobcats for Douglass to take advantage and build a large enough lead. Coryon Mason took the ball and scored a game punctuating layup. From there, all that was left was good defense and free throws for the Trojans.

The Trojans were led on scoreboard Mason who finished his final high school game with 21 points. He was joined by Naquan Hopkins and Jesse Wilson, who scored 16 and 10 points respectively.

Douglass established itself physically early. Hopkins and Mason both threw down thunderous dunks to build a lead. The Bobcats were able to stay with the Trojans through the first half due to their outside shooting.

The second period was anything but quiet. Star Spencer controlled the quarter almost solely on energy. A few calls by the referees and some key shots sent the Bobcat faithful crazy. The Trojans were right on their tail scoring 18 in the second eight minutes of play. Both teams combined 41 second quarter points.

Douglass did not have such great luck from downtown. The Trojans shot just 10 percent on 10 attempts in the first 16 minutes. Their lone first half three-pointer came on a buzzer-beating shot by Andre Williams.

During the course of the afternoon, the Trojans proudly walked out with the No. 4 jersey. The jersey belongs to Day’Quann Ervin, who had been diagnosed with a heart murmur that ended his season prematurely. Ervin was unable to attend the game due to his condition.