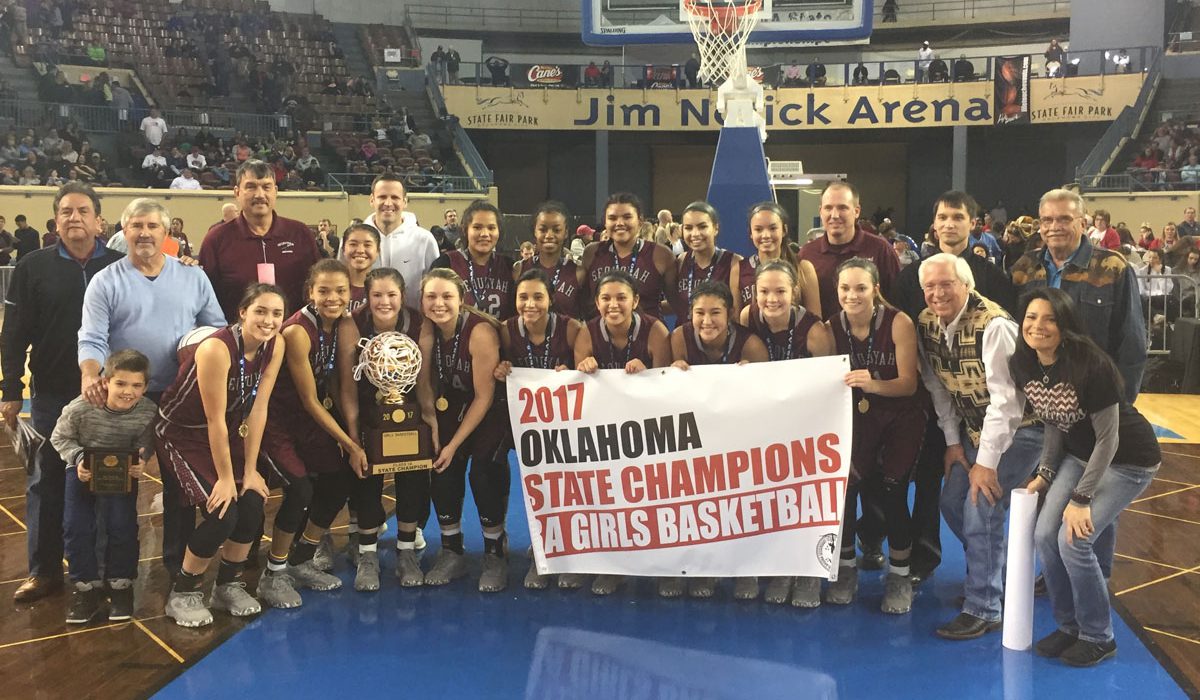 OKLAHOMA CITY – In the Battle of the Indians, the battle really lasted only eight minutes. After that, it was the Sequoyah-Tahlequah Lady Indians who routed the Comanche Lady Indians, 67-40, on Saturday night inside Jim Norick Arena.

Sequoyah was led on the scoreboard by Cenia Hayes who recorded 15 points, the most of all scorers along with Dossey. Following Hayes was Alyxis Keys and Calesa Murdock who had 14 and 11 points respectively. As a team, Sequoyah made 56 percent of their shots and also shot over 52 percent from long range. Sequoyah also doubled Comanche’s points in the paints, 16-8.

The second quarter was one long Sequoyah run. The monster 19-1 was only interrupted by Comanche’s Misty Dossey’s lone free throw. Sequoyah shot 60 percent from both the field and beyond the arc in the first half. The hoop was not near as kind to Comanche who went into the locker room making only five buckets which added up to 26 percent from the field and missing all six of their deep balls.

Dossey was the only bright spot for Comanche. The 6-foot-5 sophomore center record 15 points and five rebounds. Dossey was backed up by Brooklin Bain who put up 7 points on the night.

The third period was more of the same from Sequoyah. The defense finally yielded Comanche’s only field goal since the first quarter at the 3:43 mark. Comanche was only able to gain 5 points in the third, but still had to wait until the fourth to break the 20-point barrier.

Comanche was the second undefeated girls team, who lost the championship game on Saturday. The other being Fort Gibson.