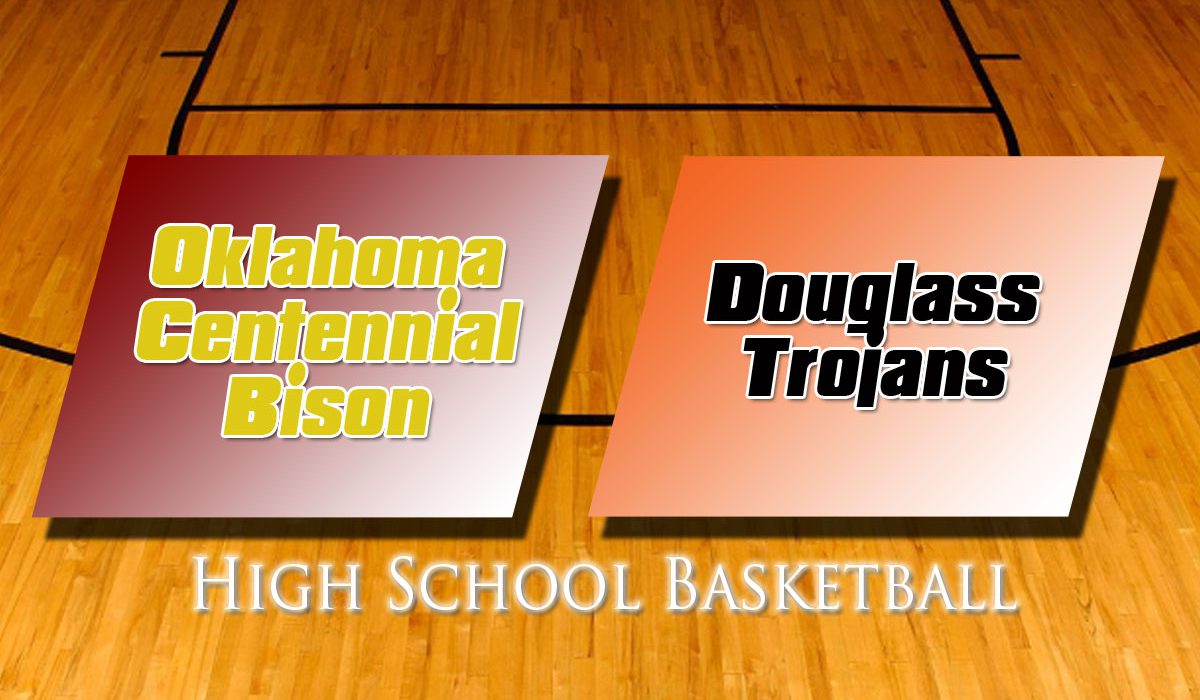 BETHANY – The Douglass Trojans may not be technically be trying to defend their last state title because of their new classification. However, they now have the chance to win their sixth state title in eight years on Saturday. The Trojans defeated the Oklahoma Centennial Bison, 77-59, inside the Sawyer Center on Friday night.

The Trojans recorded five players scoring in the double digits. Leading the way for Douglass was Andre Williams who finished his night with 20 points. He was backed up by Trejion Edwards who put up 11 points. Also, Naquan Hopkins, Quaylan Walker and Coryon Mason all finish with 12 points each.

Little by little, Douglass built a lead in the second quarter. Answering Centennial bucket for bucket and adding some more of their own. Stringing a 7-2 run, the Trojans went into halftime with a 10 point lead.

Centennial did not have much to brag about on the night. Their lone bright spot on the night came from Quinton Johnson, who put up 41 points in his final game as a high school basketball player. The next highest scorer for the Bison was Marcus Alexander who finished his career with seven points.

Teams traded technical fouls in the third quarter. However, while the technical foul against Douglass did little to help the Bison, Centennial’s foul cost them the ball game. The resulting free throws and layups ended being a 6 point swing for the Trojans which brought their lead up to 15 points. Naquan Hopkins ended the third period with a powerful tomahawk slam to maintain the 15 point lead.

The Centennial Bison end their season with a 23-4 record and ranked the No. 1 team in the state. Douglass moves on to Saturday’s state title game against the Bobcats of Star Spencer High School in Jim Norick Arena at 2 p.m.