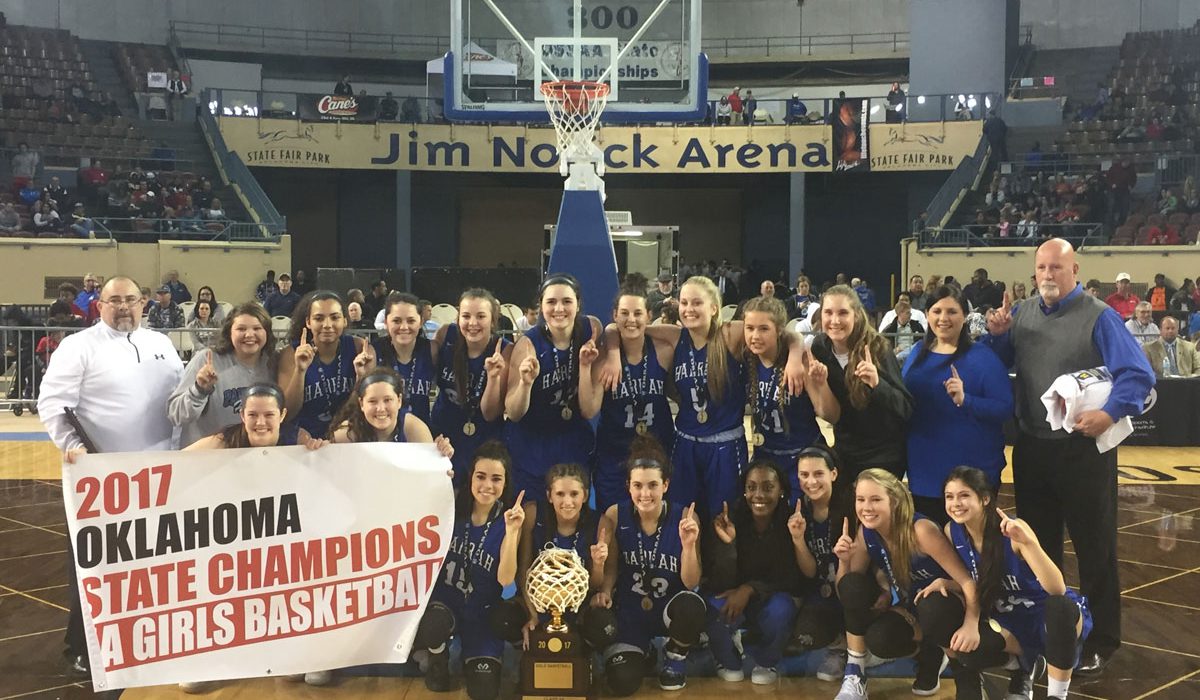 OKLAHOMA CITY – Any logical human being would say that the No. 1 ranked, undefeated Fort Gibson Tigers would win the state championship. Someone did not tell that to the Harrah Lady Panthers.

Harrah was able to defeat Fort Gibson, 54-47, and win the 4A Girls State Basketball Championship on Saturday afternoon inside Jim Norick Arena.

The Lady Panthers were led by Maddison Collyer, who led all scorers with 22 points. Erika Ankney also added 13 points to the winning effort. Harrah shot 42 percent from the field and outscored the Tigers 22-8 inside the paint.

The undefeated Tigers found themselves down by five inside of 90 seconds remaining. That is the moment when Kabree Edgmon hit a long three to bring back to a one possession game. However, a key rebound by Ali Brzozowski and free throws by Collyer made the possibility of an upset into a reality.

Fort Gibson was led by Edgmon and Ali Christie who had 12 and 11 points respectively. Those two were followed Alexis Wright and Zoe’ Shieldnight, who each put up seven points. The Tigers ended the day shooting 40 percent from the field and 47 percent from outside the arc.

In the first half of action, the two teams went back and forth. However, Fort Gibson did it with outside shooting but Harrah dominated the paint. The Lady Panthers outscored the Lady Tigers 12-6 in the paint in the first half. On the other hand, Fort Gibson outshot the Panthers hitting 50 percent from beyond the arc in less than half the attempts by Harrah.

The Lady Tigers distributed the points well in the first half. Edgmon, Shieldnight, Christie and Cunningham each scoring five points. Collyer made up for that scoring almost half of Harrah’s first half points.

Harrah came into the third quarter making a statement. The Lady Panthers opened up the second half putting together a 15-1 run. This gave Harrah its largest lead of the day at 36-25 score.