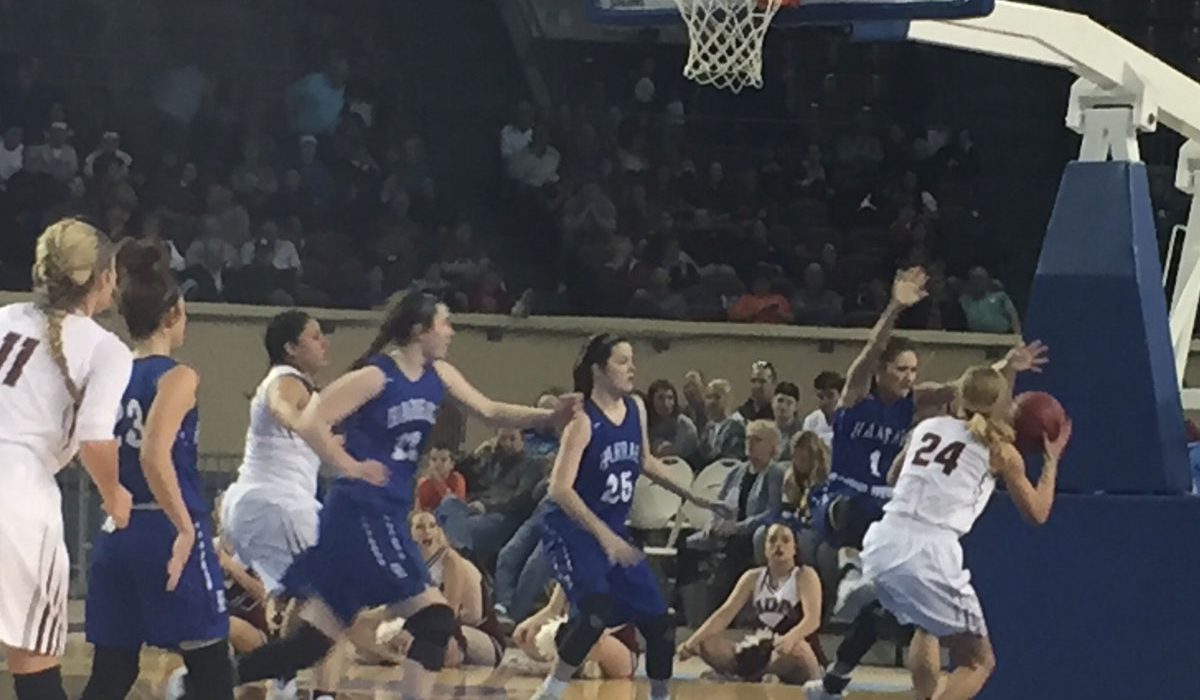 OKLAHOMA CITY – After a less than impressive first three quarters, the Harrah Lady Panthers exploded in the fourth period to punch their ticket to the big game. Harrah defeated the Ada Lady Cougars to advance to the 4A Girls State Championship game on Friday afternoon in Jim Norick Arena.

Harrah was led by Maddison Collyer who led all scorers with 13 points. She was followed by Ali Brzozowski, Katie King, and Logan Collyer who each put up eight points.

The final quarter of play was owned by the Lady Panthers. The Harrah defense held Ada scoreless up to the 3:58 mark left in regulation. After that, the Lady Cougars put up 11 points. By then, however, the game was decided.

Ada was led by Payton Taylor who scored 12 points. Behind Taylor was Mckenzie Dean who contributed nine points.

The second quarter saw the Lady Panthers’ offense come alive. Collyer, King, and Ankney all sinking two three pointers each. Taylor kept the Lady Cougars within reach the entire half. It looked like Ada would only be down 3 at the intermission. That changed when King scored her second trey at the buzzer.

Ada had difficulty once again in the third quarter. Due to turnovers and the Harrah defense, the Lady Cougars did take a shot for more than three minutes. At the end of the third quarter, both teams only put up four points each.

The Ada Lady Cougars end their season with a No. 4 ranking and a 21-4 record. Harrah now has a date with Fort Gibson, the undefeated, unanimous No. 1 team in the state at 12:15 p.m. inside Jim Norick Arena.