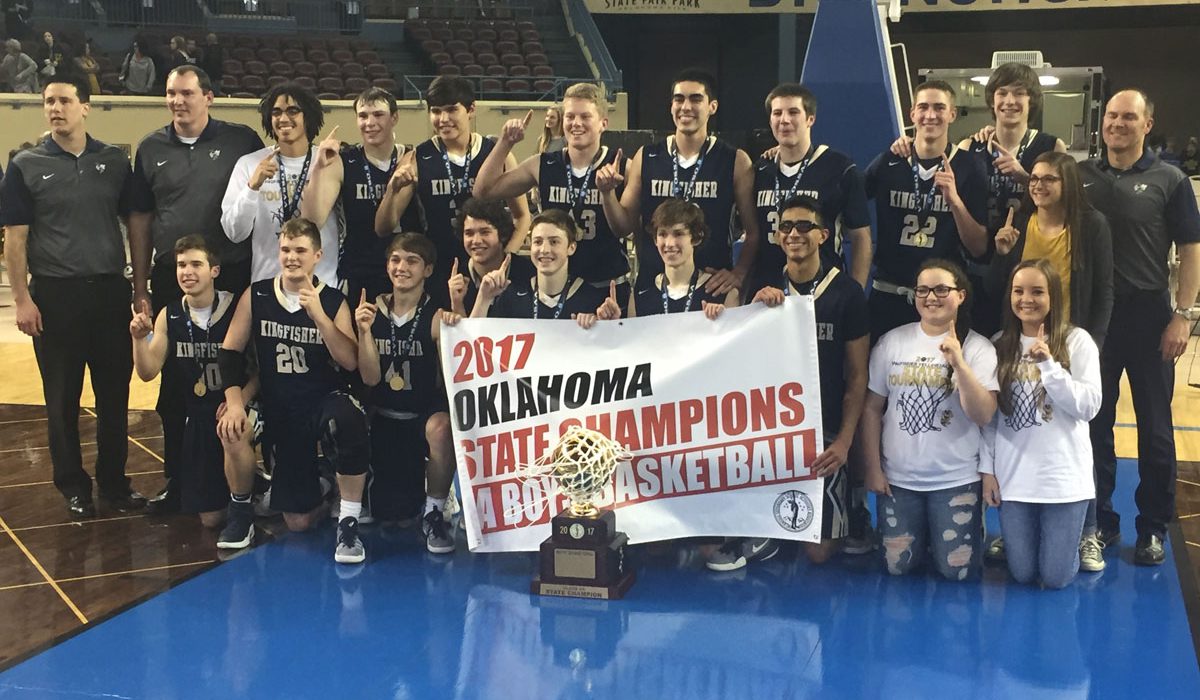 OKLAHOMA CITY – It was a tale of two games. In one quarter, the Jackets could not buy a basket. Then, in the other three periods, they were the hottest shooting team in the state of Oklahoma.

The Kingfisher Yellowjackets captured the 4A Boys Basketball State Championship by defeating the Fort Gibson Tigers, 45-33, on Saturday night in Jim Norick Arena.

The Jackets offense came alive in the second period. Kingfisher started to light up the scoreboard with three of their four first half three-pointers. These came at the hands of Sternberger, Green and Lafferty. Although starting out slow, the Jackets finished the first half shooting 41 percent from the field.

Fort Gibson was led by Kyle Dortch, who led all scorers with 16 points. Backing up Dortch was Rico Ybarra who contributed six points.

The third quarter was Fort Gibson’s turn to inflict damage. Ybarra and Dortch combined for five points each to string a 10-0 run. Kingfisher answered with a 10-0 run of their own. Buckner ended the third quarter with another Yellowjacket three-pointer.