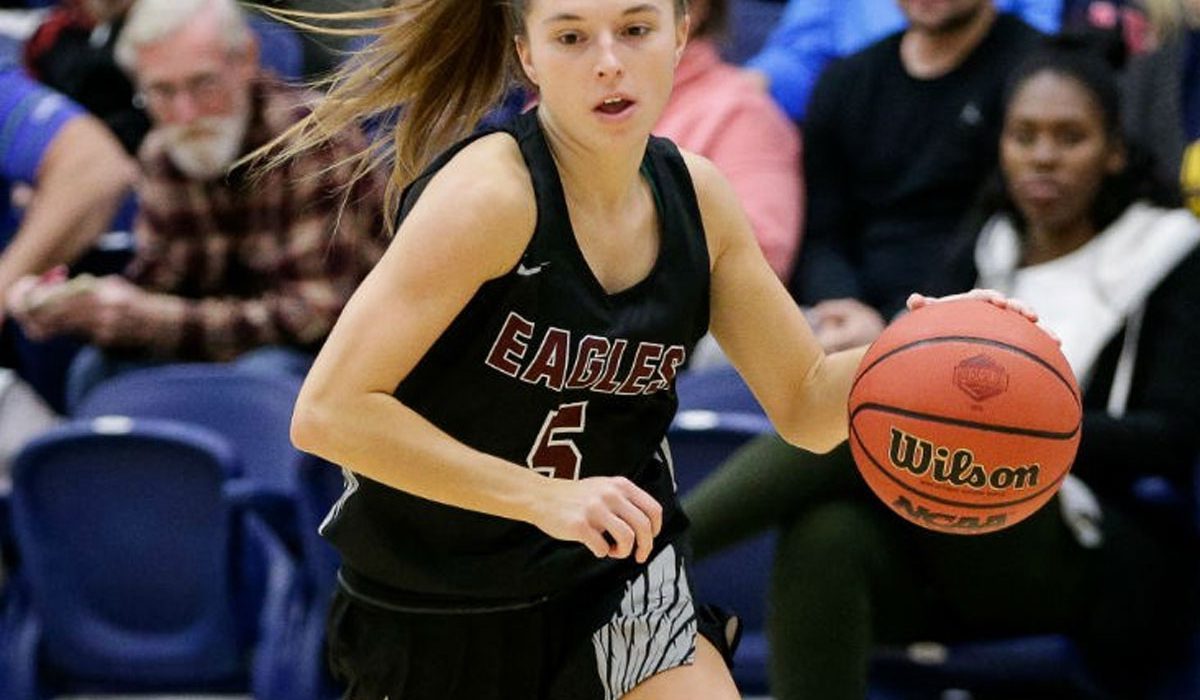 On Thursday against Texas A&M International, the Oklahoma Christian standout moved atop the Heartland Conference’s career scoring list. Needing 12 points to set the mark, she recorded the last two on a pair of free throws with 12.4 seconds left in the first quarter of a game OC eventually won, 105-50.

Clift finished the game with 26 points in just 26 minutes of action, raising her career total to 1,793 points. She passed Nia Torru of Incarnate Word (Texas), who had 1,778 points from 2006-10, for the all-time Heartland lead. Torru now is the head girls basketball coach at Clemens High School in San Antonio.

Clift, who started the season outside the top 10 on the all-time Heartland scoring list, needed only 16 games of her senior campaign to zoom past a Who’s Who list of former Heartland standouts, seven of whom – like Clift did last season – earned All-America honors at some point during their careers. Among those are her former teammate, and current OC graduate assistant coach, McKenzie Stanford, who now ranks fourth in league history with 1,715 points.

Because the Heartland Conference is dissolving at the end of the 2018-19 academic year, Clift, a senior guard from Kiowa, will hold the title of league career scoring leader in perpetuity. The only question is whether she might become a 2,000-point scorer, a rarity at any level of basketball.

“This is a big deal,” OC coach Stephanie Findley said. “No one deserves this more than Addy. She’s the hardest worker we’ve ever had.”

Clift’s ascension to the top of the Heartland career scoring list began slowly. As a freshman in 2015-16, she scored 326 points while finishing third on the team in scoring behind Stanford and fellow All-Heartland player Sarah Parker. Clift was named as the Heartland’s freshman of the year that season.

As a sophomore, she again often deferred to Stanford and Parker, but still scored 431 points, second-highest on the team, and received honorable mention on the All-Heartland list.

She became the Lady Eagles’ go-to player her junior season, scoring 608 points. She moved into OC’s 1,000-point club on Dec. 18, 2017, during a win over Seattle Pacific (Wash.). After scoring 608 points (the second-highest total in league history) and leading the conference in scoring by nearly four points per game, she received All-Heartland first-team honors.

This season, she already has 428 points for OC.

Along the way, Clift has established many Heartland records. Of the five individual 40-point games in league history, she has three of them, most recently a league-record 44-point outburst on Dec. 17 in a 97-96 win over Eastern New Mexico.

Known for her long-range prowess – a la NBA superstar Stephen Curry of the Golden State Warriors – Clift also holds the Heartland records for career 3-point makes (280) and attempts (740). She’s on pace to break other league marks, including points in a season, season and career scoring average and season 3-point makes.

She ranks in the top five in numerous other single-game, season and career offensive categories in the Heartland record book.