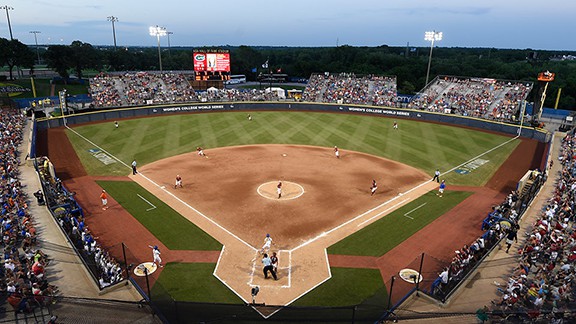 Seven different teams from around the Sooner state will compete in four NCAA Division II conference softball tournaments later this week. The tournaments also span three different states, with one being played in Oklahoma City, as the MIAA comes to ASA Hall of Fame Stadium to host its tournament for the first time.

Two of those teams are currently in the NCAA Division II Region Rankings but all of the teams enter the weekend playing for their postseason fate. Cameron was ranked sixth in the South Central Region rankings last week, while Central Oklahoma was eighth in the Central Region, with the No. 8 spot being the cutoff point for the NCAA Tournament.

⇒ Three teams will compete in the Great American Conference Tournament in Bentonville, Ark., beginning on Thursday, with Southeastern Oklahoma State claiming the third seed while East Central enters as the seventh seed and Southern Nazarene is the eighth seed. The GAC Tournament is a double elimination tournament that will conclude on Saturday.

⇒ Oklahoma Christian is the lone in-state team headed to San Antonio, Texas, to compete in the five-team Heartland Conference Tournament, hosted by St. Mary’s University. The Eagles earned the No. 3 seed in the tournament and they’ll face No. 2-seed Lubbock Christian on Thursday afternoon. The Heartland Conference Tournament is a double-elimination event from Thursday – Saturday.

⇒ Cameron enters the Lone Star Conference Tournament as the number three seed and they’ll look to cement their spot in the South Central Regional with a good showing. The Aggies will face Midwestern State at 11:00 am on Friday in Canyon, Texas, in the only of the conference tournaments played in single-elimination format.

⇒ Central Oklahoma and Northeastern State will both be competing on home turf for the 2016 MIAA Tournament, hosted at the ASA Hall of Fame Stadium Complex in Oklahoma City. The Bronchos claimed the third seed and will face Central Missouri in the first round, while the Riverhawks are the fifth seed and faced with Pittsburg State in the opening round. All first round contests will be played at 5:00 pm on Thursday night and the double-elimination tournament continues until Saturday.