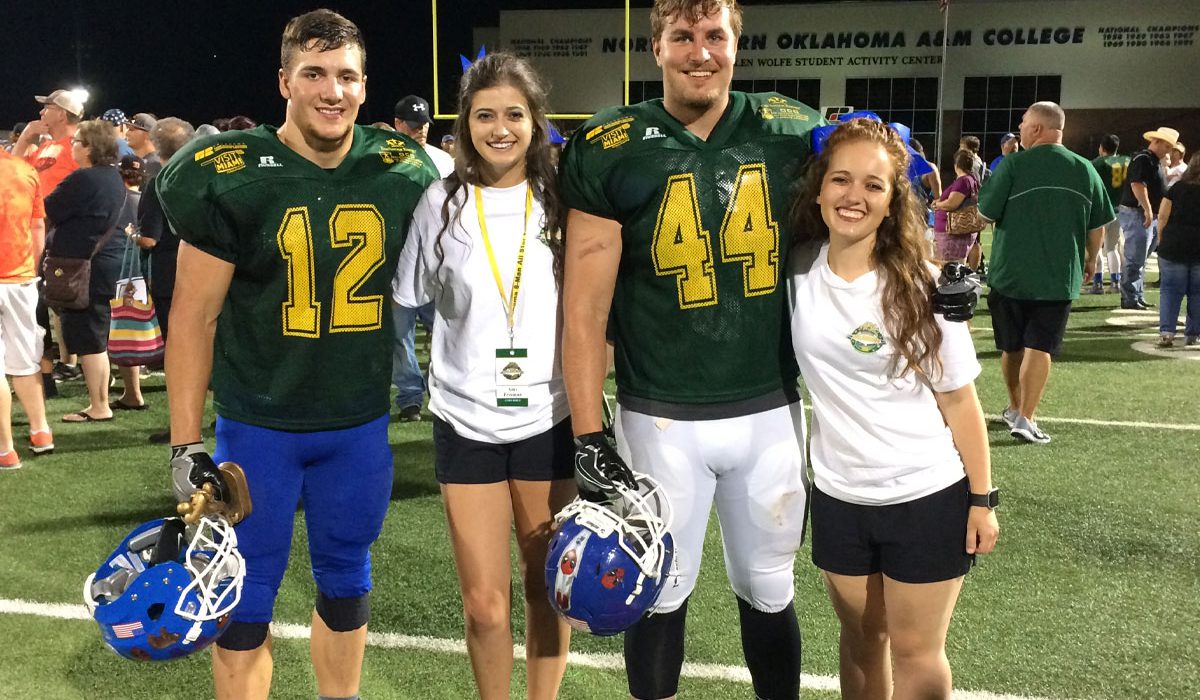 Football standouts from across the state gathered in Miami, Oklahoma last week for the Oklahoma 8-man All-Star game, and among them were Corn Bible Academy’s Spencer Boese and James Vercellotti.

In addition, cheerleaders from across the state were selected to be a part of the cheer squad for the All-Star game. CBA cheer captains Amy Freeman and Bailee Brown were both honored by being named to the elite cheer squad.

The football players first converged in Miami last Tuesday for their first day of practice together. The two teams each held a two-hour practice on Wednesday, Thursday, and Friday before the game itself took place on Saturday night.

With each football team consisting of 40 members, the players on the field were routinely alternated throughout the game. During the first half of the contest, it appeared the match might end in a blow out as the Green team led by several touchdowns. However, the Gold team came back after long passing plays and successful on-side kicks, decreasing the scoring gap.

With roughly a minute left in the game, the Green team’s lead had been cut to only seven points. James Vercellotti was a force to be reckoned with on defense, as the coaches kept him in the game during the final series of plays to help keep the Gold team from scoring. Although the main purpose of the game was to celebrate the achievements of the best 8-man football players in Oklahoma, members of the Green team celebrated another victory by staying on top to win, 53-40.

“The whole week with my teammates and the game itself topped off my year,” said Boese. “I loved getting back out there on the field and being able to play another game.”