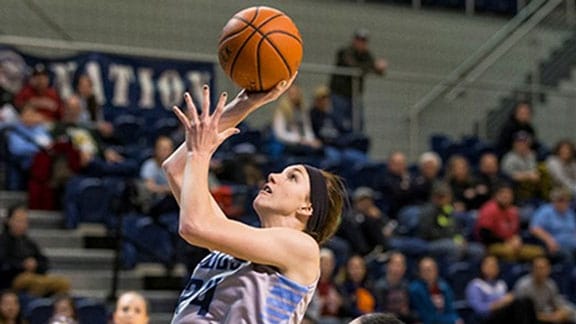 The Corn Bible Academy school board hired Jessica Penner, a graduate of CBA and a recent member of the Southwestern Lady Bulldogs basketball team, to coach both the junior high and high school girls basketball teams.

“Being an alumna has really sealed the deal for me with this position because of the foundation that was laid for me in my faith and in the game of basketball,” Penner said. “I want to be able to give back to my community and to the people that poured into me when I was younger.”

In 2011, the CBA Lady Crusaders won the state championship, and Penner was named the MVP of the tournament. The following year she once again led her team to the state tournament and was selected to the All-State basketball team.

Penner’s success in basketball extended to the college level. Throughout her career playing for Southwestern Oklahoma State Universtiy, Penner was twice named Great American Conference Player of the Week, and she broke the school and conference record for most consecutive made field goals (18). Penner set her career high by scoring 39 points in a single game and was named MVP of the Lady Bulldogs during her senior year.

Apart from basketball, Penner has remained extremely involved in her home church, Pine Acres of Weatherford, and plans to strongly implement her faith into the CBA locker room.

“A winning mindset, confidence and fundamentals can go a long way!”

This article was first posted in the Corn Bible Academy Hi-Lites and was republished with permission.