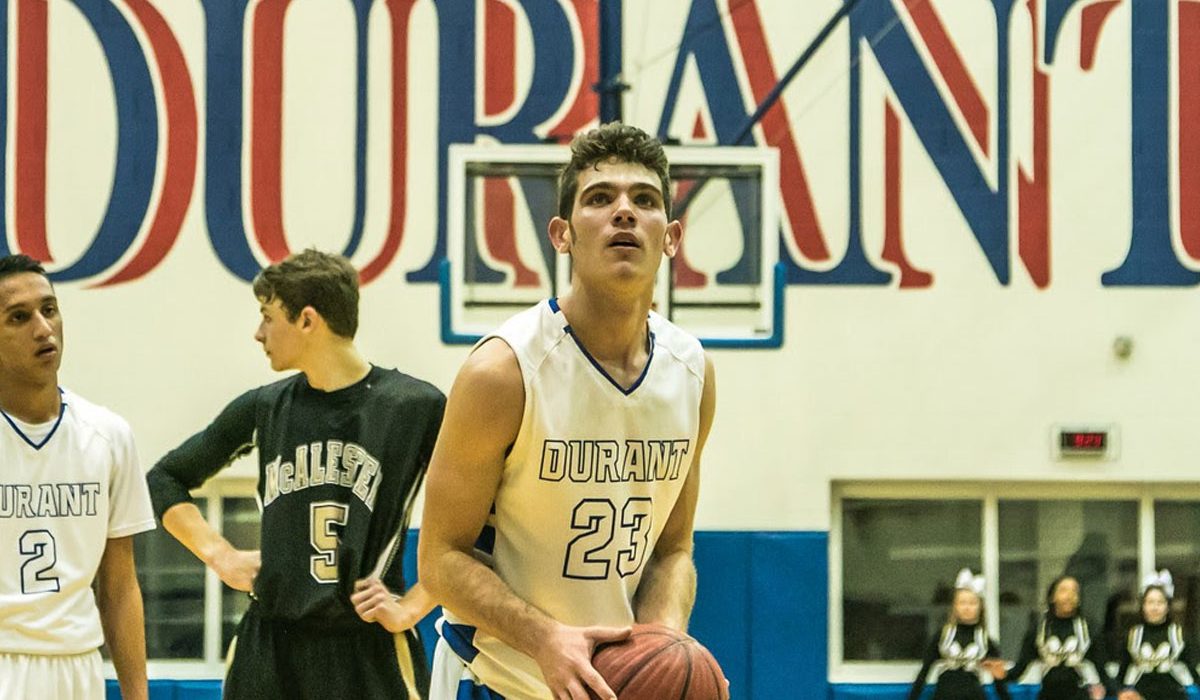 Taylor Cox, senior guard at Durant High, is looking to finish his senior year with his final run in the playoffs. Cox is averaging 26 points, six rebounds and six assists per game on the season.

“I felt like we competed hard all season and lost some close games, but now it’s time to focus on the playoffs,” Cox said.

He has plenty of playoff experience, being a four-year starter and playing in three regional tournaments and three area games. Durant fans became aware of Cox’s clutch performances in the playoffs last year, when he was averaging more than 30 points per game.

The Lions, led by Cox, made a late run in the playoffs losing in the area consolation final. Cox had 37 points in the last-minute loss to Pryor.

“We’re ready to make a run at state and I feel like we are capable of doing so,” Cox said.

According to 247sports.com, Cox is the fifth-best player in the state. He is also in the Vype Top 100, along with leading the poll for Mr. Basketball with more than 20,000 votes. And he has several colleges that have shown interest in him, but he has not yet decided on where he wants to continue his career.

Cox and the Lions are playing Del City in their first game in the Class 5A regionals on Thursday.