Crynes’ plans are to win – no excuses 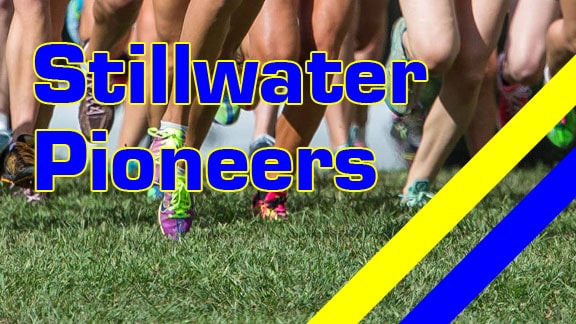 David Crynes is a decorated entrepreneur and endurance athlete, and he has come home to coach the sport he loves, cross-country.

Crynes, a Stillwater High School alum, took over the school’s cross-country program in mid-August, replacing Dan Zeroski, who coached the program for 31 years.

Crynes knows it will be hard to duplicate Zeroski’s success, but he is looking to add the one thing to his illustrious resume that not even Zeroski could accomplish, help Stillwater win its first cross-country championship.

Anything else would be a disappointment, Crynes said.

“There’s absolutely no excuses why this can’t be one of the best programs in the state,” Crynes said. “We have a three-year plan and a five-year plan to elevate this program to that level.”

There is good reason to be optimistic about those plans coming to fruition. After all, he has a successful history in coaching.

Crynes plans to use his success at Deer Creek as a model to help Stillwater’s program. He said the Antlers have about 80 runners consistently, and that is a major key to finding success for any cross-country program. Stillwater has fewer than half of that, with 36 runners.

“We didn’t sacrifice excellence at Deer Creek, so at Stillwater, we want to double the size of the program, especially the girls,” Crynes said. “We want to reach down into the junior high and start running the kids young. I’d love to have 100 kids out and take three buses to a meet and win. I’d like to have a group of about 15 guys and girls that are just scratching and clawing to make varsity, that’s what a good program does.”

Coincidentally, the most recent time the Pioneer cross-country team resembled the success of Deer Creek was Crynes’ senior year at Stillwater in 1983. Although he didn’t run cross-country, choosing to focus on competitive cycling, the reputation that year’s team held is fresh in Crynes’ mind.

“My senior year, my friends were running and they went undefeated all year long and got [fourth] at state,” Crynes said. “That was the only meet they didn’t win, but they were very good.”

Crynes wants to restore that prestige to the program, and he said all of the coaches and runners will need to improve if they want to live it out.

The team has the necessary tools, for it shares one of the country’s most historic cross-country courses with Oklahoma State University’s team, which allows the Pioneers to train in the shadow of the tradition-rich program, which has won three national championships in the past six years.

Not every high school team has some of the most talented collegiate runners run through its practices on a daily basis.

“It’s a confidence and a swagger that you have to instill in your program, where they defend the honor of the program,” Crynes said. “There’s a long line of runners and traditions that you don’t want to let down. You have to start somewhere. There’s been some history here, but we need to establish a consistent history of success where these guys don’t want to let down the guys that graduated before them.”

Stillwater graduate Noah Gade is an OSU runner who is often seen running alongside the Pioneers’ practices.

Gade is the latest runner to show a glimpse of resurgence in the Pioneer cross-country program.

In 2012, Gade won the Class 6A state championship, helping the Pioneers finish 10th. Gade ran a 15 minutes, 30 seconds 5K in his championship win, a time sophomore Vlad Munteanu hopes to surpass before he graduates.

“I feel like everybody is after his times, but I really think I can get that by the end of my senior year, or even sooner,” Munteanu said. “A lot of people say I have the ability to get to that level, and I just work as hard as I possibly can to get better. It’s really exciting because I have three more years to train, and I can definitely get to where he is in that time.”

Munteanu’s personal best and fastest time this season is 17:11.

Motivation from past runners is something Crynes wants his team to thrive on. On occasion, he brings in former runners to help train with the team.

“I’ve got three now that show up,” Crynes said. “They pace them on speed days and mentor and teach them how to be better runners, how to act like a runner and how to live like a runner.”

Living like a runner is what Crynes is all about, which is why he considers coaching Stillwater’s cross-country team his “Yankees job.”

He said there were too many good things going on in the program to turn the job down. It’s safe to assume he is not going anywhere anytime soon.

“I’d be a fool to turn down this job,” Crynes said. “I’ll be here a long time, there’s no other job I’m interested in.”

The boys are on an accelerated pace to success, but the girls, on the other hand, not so much.

Girls’ coach Rusty Atkins said part of the reason for that is the team’s constant building process.

“You’ll get 8-10 girls out and then you’ll lose three because of graduation, and then you have to try to replace them and add to the team,” Atkins said. “It’s a constant battle.”

With only 10 runners, the girls’ cross-country program will take another hit when senior varsity runners Ella Luttbeg and Rachel Brown graduate next year. Luttbeg and Brown are the second and third-best runners on the team.

Luttbeg and Brown are the only seniors on the varsity team, but they have never qualified for the state meet.

The Stillwater girls’ cross-country program hasn’t qualified a team for the state meet since 2002.

Luttbeg and Brown are looking to change that this season and make history in their last year.

Atkins said training is going fairly well this season, and he said he believes if he can get Luttbeg and Brown’s times as close to 21 minutes in the 5K as he can, then he thinks they could secure the No. 6 spot in the East. The top seven teams in each region advance to the state meet.

Of course, Luttbeg and Brown will have to work hard. Luttbeg’s current time is 23:40, and Brown is right behind her at 23:45.

“I feel like personally I’m better at this time than I was last year, but I still want to be a lot faster than I am right now,” Luttbeg said.

Luckily, Luttbeg and Brown will not have to do all of the work themselves.

Elise Rackley, the Lady Pioneers’ top runner, said teamwork will play the biggest role in whether the team makes the state meet.

“I might be the fastest, but it’s definitely a team effort, and every person, from one to seven, is really important to the team,” Rackley said. “It’s definitely hard for [the seniors] because it is their last year, and I think as a senior you have extra drive, which is good because it makes everybody work really hard. They encourage everyone else to work really hard.”

Making the state meet is a feeling Rackley missed out on last season as well.

She was on the verge of qualification, but as she crossed the finish line at the regional meet in Tulsa last year, she made a crucial mistake. She stuck out one of her arms, unintentionally interfering with another racer.

“I wasn’t touching anyone, but they said I was impeding and they disqualified me,” Rackley said. “My intentions were never to get in the way of anyone.”

The Stillwater girls’ cross-country program has had its fair share of adversity, but Atkins said he believes this year could the lucky break the team has waited for.

“It’ll take a little bit of luck, but with hard work and effort, I think we can get it done,” Atkins said. “I can foresee us qualifying for state, and if we don’t, maybe two or three individuals make it. Their work ethic has been good so far, and if they keep doing that and stay mentally prepared like they are, then good things will probably happen.”

Knowing Atkins’ belief in their abilities could be all the motivation the girls need to push themselves past their limits and make history.