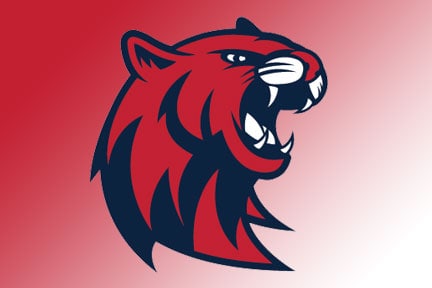 Kami Bunch made the start of 2016 one to remember as the senior broke the RSU career record for assists dishing a season-high 10 on the day moving past Hunter Peterson for the all-time lead. The Tulsa, Oklahoma native reached double figures on the winning basket and now has 286 assists for her career.

It was a tale of two quarters for the Hillcats in the first half going toe-to-toe with the visiting Hilltoppers for the opening 10 minutes. The first quarter had four ties and three lead changes as RSU held a two-point edge, 21-19, at the close aided by a 6-0 stretch capped by a Courtney Smith three pointer. Bunch tied assist record on the play with the 279th of her career.

After SEU scored the final four points of the first frame, it took control of the game holding the Cats off the scoreboard in the second quarter going into the locker room leading 32-21.

RSU used the halftime break to refresh and recollect coming out with intensity in the third quarter. Smith started and ended a 10-0 run knocking down corner triples cutting the deficit down to one, 32-31. The Hilltoppers responded with the next eight points and held a double-figure advantage, 44-34. RSU closed the stanza scoring nine-straight points closing the gap to one, 44-43, behind a Lindsey Byfield three pointer.

Emily Gamble converted a layup to open the final quarter giving the Hillcats a 45-44 lead, their first since the early stages of the second frame. SEU built a seven-point margin with less than six minutes remaining in regulation until RSU used an 8-1 run to even the scoreboard, 55-55.

Khiani Clark made one of two free throw attempts for the Hilltoppers down the stretch before Dearmin beat the shot clock with the eventual game winner putting RSU in front, 57-56. The Hillcats’ defense made a stand on the final SEU possession securing their third-straight conference win.

Smith finished with a game-high 15 points hitting 5-of-7 from long range, which ranks third in single-game history for three pointers made and three-point percentage. Dearmin scored a career-best 13 points off the bench for the Cats, while Natasha Kindred added nine points and a team-high eight rebounds.

The Hillcats (8-2 overall, 3-0 HC) hit the road for the first time in nearly a month heading to Laredo, Texas Jan. 7 for a matchup with Texas A&M International. The game is slated for 5:30 p.m. and can be heard live on the Hillcat Network at www.rsuhillcats.com/live.