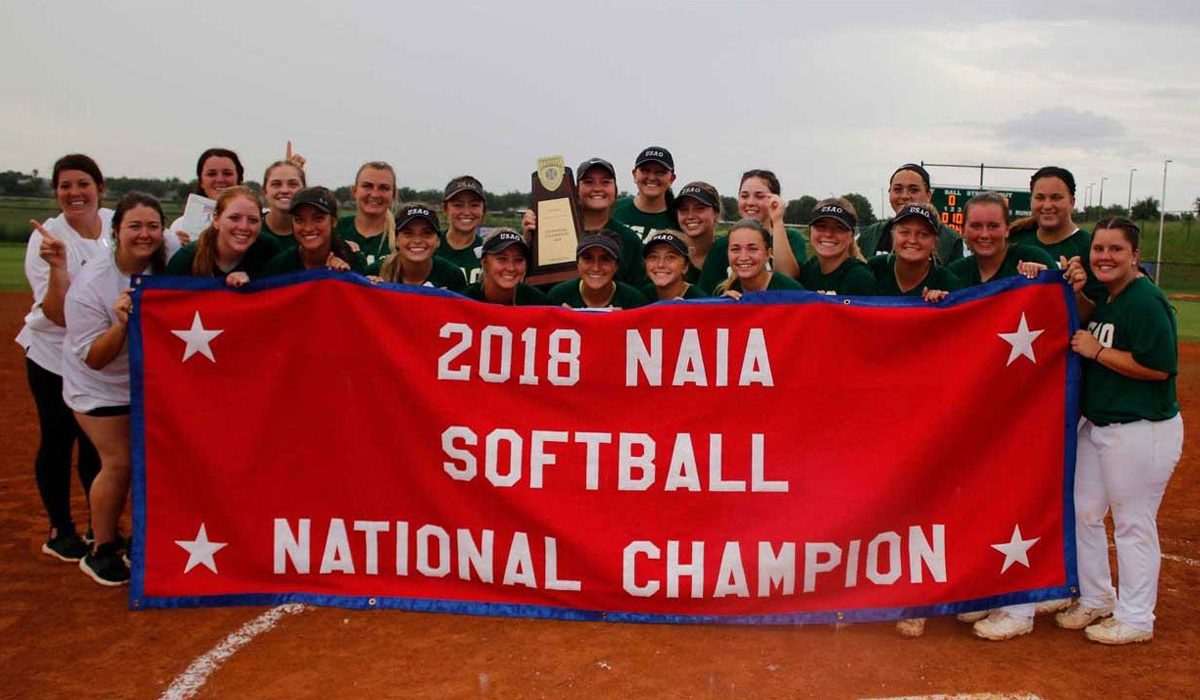 Newcastle’s Emily Cerny (FR/Newcastle, OK) was named the tournament MVP for pitching the Drovers to the title. She started and completed all four games, pitching a total of 30 innings, allowing 21 hits, eight runs, five of which were earned and struck out 27 batters.

In the championship game she allowed just five hits, struck out four and shutout Columbia over the final five innings to improve her record to 33-4 on the year.

USAO took the lead for good in the third inning when Pauls Valley senior Shania Beck (SR/Pauls Valley, OK) smashed a three-run homer scoring Stratford’s Randa Hatter (SO/Stratford, Okla.) and Wayne’s Chloe Clifton (SR/Wayne, OK). The homer was Beck’s ninth of the season, and she concludes her career with a school best 40 round trippers.

“I am so proud of these girls.  They worked so hard and really came together,” USAO Coach Jadyn Wallis said. “I got great athletes and having them play together. Today just solidified what this year has been all about.”